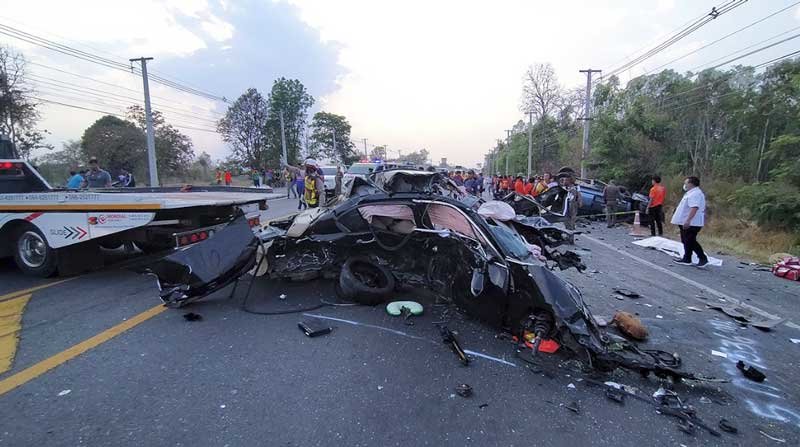 A scene of utter devastation greeted Thamenchai police and rescue services after a car being driven by a Bangkok man collided head on with a municipal authority pick-up on the Buriram to Lampraimat road in Buriram, north east Thailand yesterday evening.

The accident happened near KM marker 97 by a chicken farm.

Two other vehicles were damaged and their drivers injured after they piled into the debris.

Locals said they saw the Bangkok car try to overtake and collide head on with the Isuzu coming in the opposite direction heading towards Buriram. The other two pick-ups were following the municipal vehicle and could not avoid the debris.