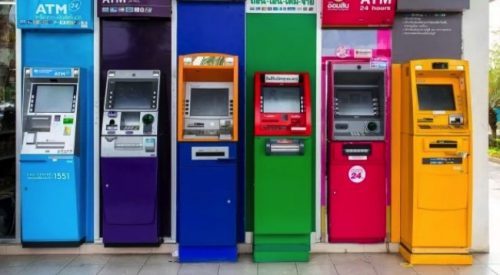 Charge at your ATM ? (Photo:-Thai Rath)

Thai banks are pushing ahead with efforts to take money off their customers for giving them their cash.

They are determined to charge you for using their own ATMs and get money over the counter.

The reason is that they are not making any money from online banking, reported Thai Rath in a feature.

They quoted the secretary of the Thai Bankers’ Association – Gobsuck Duangdee –  as saying that giving you your money is costing his members a fortune.

It was alright in the past when the banks could make lots of money in branches, but the digital age has seen an end to that gravy train.

So now the banks are having to claw back what they can get from the customer.

Gobsuck and his members are appealing to the Bank of Thailand to let them charge customers for using their ATMs for cash withdrawals and over the counter.

The Bank of Thailand is yet to decide on the proposals saying they need to look at all angles.