Why You Need To Be Careful At A Thai Green Light 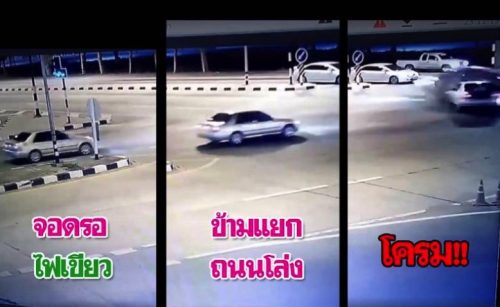 CCTV footage from Nakorn Ratchasima showed why drivers need to be careful when going through a green light – especially at deserted intersections at night.

You never know when some idiot is hell bent on whizzing through a red light.

On Saturday Thanapha Bolan, 45, was on her way home from her shift at a hotel in downtown Korat.

She was obeying the law to the letter but pulled her Honda City out straight into the path of an Isuzu pick-up being driven by a 30 year old man.

Fortunately both drivers and a female passenger in the pick-up were only slightly injured. But their vehicles were severely damaged. 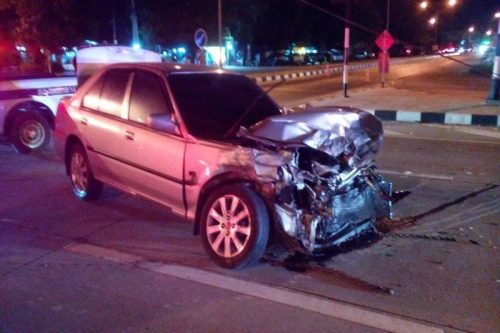 The accident happened at the Nakorn Ratchasima zoo intersection on Route 304 at 10pm on Saturday night.

Thanapha had just passed through a police checkpoint and the CCTV showed a rescue vehicle quickly on the scene.

Their three caption still of the accident read:

There is one thing wrong with the caption: despite the green light the road was not clear.