Woman Claimed She Was Raped At A Bangkok Massage Parlour 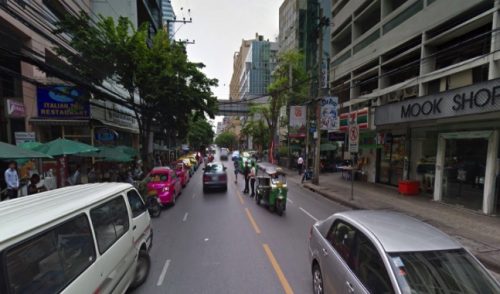 Woman claims she was raped in massage parlour.

A woman has posted on a Bangkok ex-pats forum that she was raped by a male masseur in a well-known massage parlour near Patpong.

Jessica Siobhan alleged that at 3pm on Sunday she was raped by a male member of staff at the Tarntawan Massage opposite the Meridian Hotel in Surawong Road.

She said that despite shouting “no” in Thai and English she was held down and raped. The attack only stopped when she kicked her attacker, she claimed.

She said it was an “awful experience” and she felt “violated”.

But after she went to the police her ordeal continued, it was claimed.

She said,”I was in the police station with a room full of hostile male police until after midnight.

The man that raped me was laughing and making “you’re dead” throat gesticulations at my boyfriend,” she alleged.

She further claimed that the police sided with the massage place and blamed her for choosing a male masseur when there were females available.

The woman stated that her alleged attacker was not charged but just made to apologize and she warned other expats to not go to the massage parlour in question.