People have dinner as they sit next to stuffed panda dolls, used as part of social distancing measures to prevent the spread of the coronavirus disease, at the Maison Saigon restaurant that reopened after the easing of restrictions in Bangkok, on Wednesday. (Reuters photo)

The government on Thursday reported 1 new coronavirus case, an asymptomatic resident of Chiang Mai who recently returned from Phuket, bringing the total in Thailand to 3,018. No additional deaths were reported, leaving the accumulated toll at 56.

Dr Taweesilp Visanuyothin, spokesman for the Centre for Covid-19 Situation Administration, said the new case was a 39-year-old native of Chiang Mai province who had worked in the southern tourist island of Phuket.

He left Phuket on May 2 for Chiang Mai with his wife and child, and village-based health volunteers in Chiang Mai brought him for a Covid-19 test.

“The patient came from an at-risk area, had no symptoms and is of working age. We would have not known about his infection without the efficiency of the village-based health volunteers who deserve the credit,” Dr Taweesilp said.

He urged people who had left Phuket to seek Covid-19 tests no matter whether they appeared ill or not, “for the sake of rapid disease control:.

Regarding the one-case increment, Dr Taweesilp said, “The figure remains satisfactory and promising for the announcement of the second-stage relaxation of disease control restrictions.”

Over the past 24 hours, six more patients recovered, raising the total of recovered cases to 2,850, while 112 patients were still at hospitals. The death toll remained at 56. 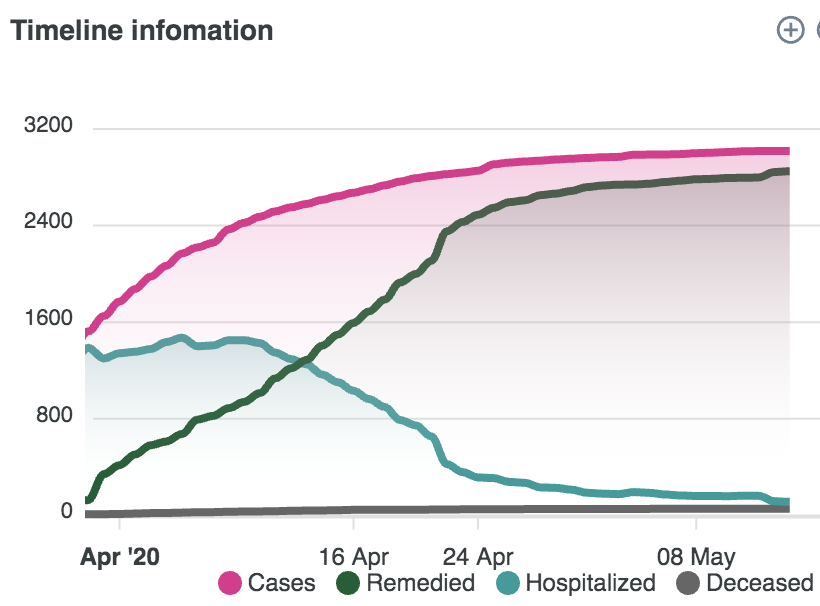