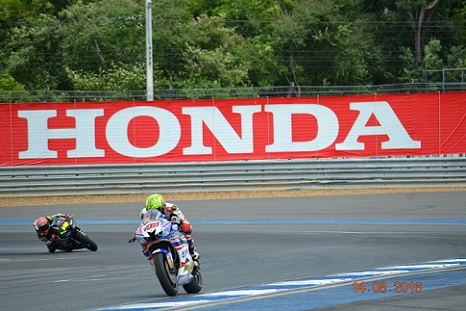 First race of the day at Buriram Chang International Circuit was for the Yamaha 300cc R3 Challenge where the near identical machines provided close racing.

The second race was also for 300cc and D-1 400cc machines. This also provided an exciting race with a 400cc winning by 24 seconds but the second, third and fourth riders were only separated by around 3 seconds. 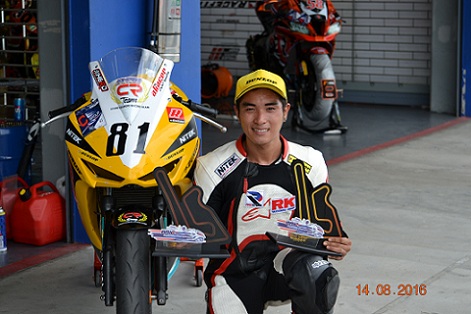 The 600cc Supersport race, was another exciting race with the winner No 100 Tingnote Thitipong leading throughout the race but still only grabbing the win by 0.2  seconds with the 3rd place rider a further 0.7 seconds back.

Next up was the Superstock 1000 cc machines race which was not so close with the winning distance being 40 seconds but the scraps down field provided some interest for the spectators.

Followed by the SB 1 and SB 2 Super Bike race also for 1000 cc machines with the SB 1 class being the fastest bikes racing today.  The first two had a ding dong battle throughout the race with victory being decided by a bike’s length. 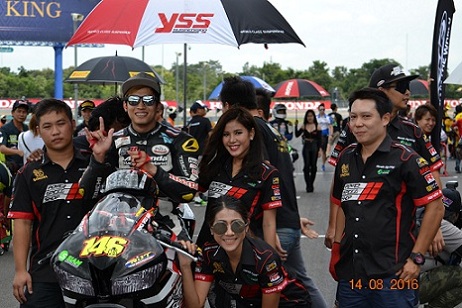 Last race of the day SB 3 features 1000 cc bikes that are not as highly tuned as the SB 1 and SB 2 bikes but still provide exciting racing for everyone.

All About Chang Internation Circuit Miscellany