Buriram Owe It To Supachok ! 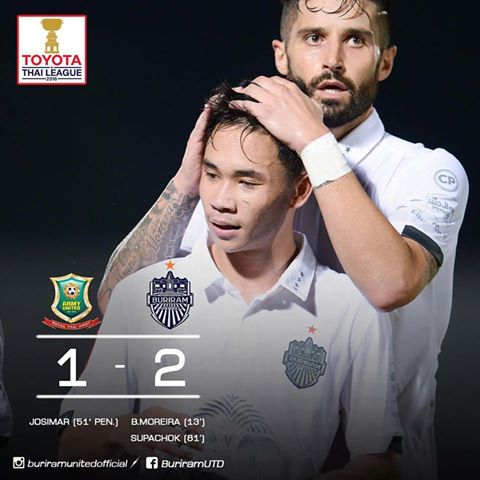 A wonderful strike by Supachok nine minutes from time gave Buriram a deserved victory, though the game itself could never be described as memorable.

Neither goalkeeper had much to do as both sides gave the ball away cheaply too often and created very little in the way of clear-cut chances. The contest was petering out into a tame draw until Supachok’s moment of magic.

Without the suspended Diogo, Buriram lacked any real penetration and the defence was again jittery until the introduction of Koravit.

The opening ten minutes was uneventful but then Buriram took the lead in the thirteenth minute. Chitpanya’s right-wing corner found Tunez at the far-post and he headed the ball back across goal where it bounced off a defender’s leg to leave Moreira with the simplest of chances from three yards.

Seven minutes later Supachok ran at the Army defence before sending a low shot just wide from the edge of the area. Moreira had another chance in the twenty-fifth minute following good work down the right but his shot was way too high.

Anawin then brought an excellent save from the home goalkeeper who dived to his left to turn away a fierce shot in the thirty-fifth minute. Two minutes later the home side went close when a low shot from just inside the area fizzed past the post but Siwarak had it covered anyway.

The keeper  had to be alert shortly after when he rushed out of his area to clear a dangerous through-ball. So a pretty uneventful half, with Buriram just about deserving their narrow lead. 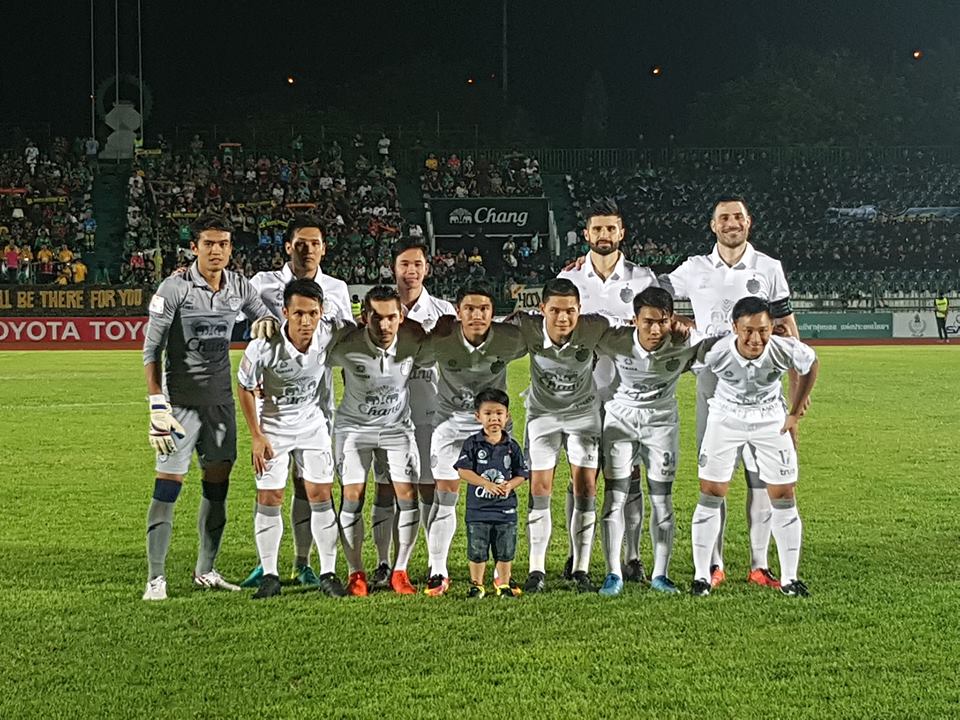 Buriram brought on Baramee for the strangely subdued Chitpanya in the second half and his first real contribution was to give away a penalty. Previous to this ,Jakkaphan was fortunate to receive only a yellow card for kicking an opponent on the knee.

The penalty came in the fifty-first minute when Baramee inexplicably wrestled an Army attacker to the ground to give the referee little option but to award a spot-kick.

Although Siwarak guessed correctly, Josimar’s shot was perfectly placed just inside the post to level the scores. Baramee was then replaced by Koravit four minutes later.

Moreira again fired way over the bar on the hour mark as both sides failed to create anything of note in a second-half which was even more forgettable than the first. The game was heading towards stalemate until Supachok scored a memorable goal, good enough to win any game in the eighty-first minute.

The ball was worked down the left before reaching Supachok just outside the area. The young striker looked up before placing an audacious shot into the top right-hand corner of the net, giving the keeper no chance whatsoever.

It was a remarkable piece of individual brilliance which was completely out of place in this drab encounter. Buriram then replaced Anon with Chaowat as they looked to close the game down.

This they did without any real alarms, though Chaowat did pick up a yellow card in stoppage time.

There was no lack of effort from Buriram but it was difficult to hold one’s interest in the game, such was the shortage of real incident and it was a relief when the referee finally blew for full-time. 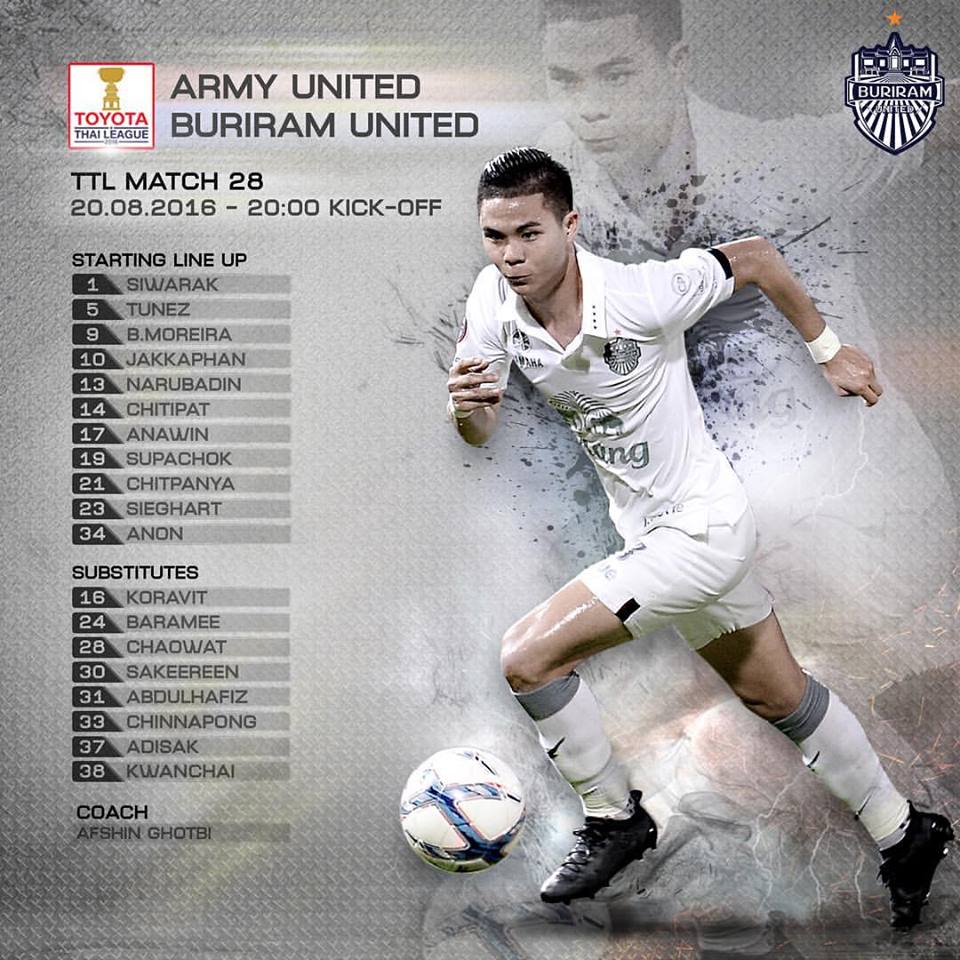 There is now a three week break as Thailand prepare for their vital World Cup qualifier against Japan next month. A full report of the game will be on the Buriram Times.