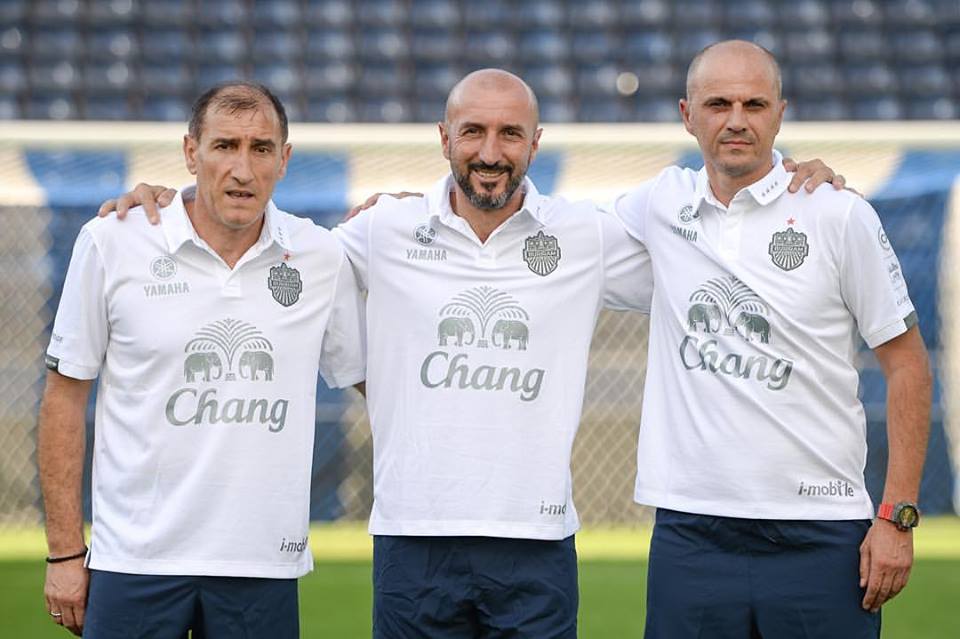 They are all from Serbia and have a wide experience of international football. Ranko Popovic is 49 and was the assistant coach at Sturm Graz (Austria) and Sanfrecce Hiroshima (Japan).

Vladica Grujic is 53 and was head coach at Laos and assistant to Mr Popovic at FC Tokyo, Cerezo Osaka and Real Zaragoza.

Bozidar Bandovic is 47 and is no stranger to Buriram fans as he was one of four head coaches at Thunder Castle in 2013-2014. He has also been in charge at Olympiakos , PAE Kerkyra , (both Greece), AEZ 1964 (Cyprus), Baku (Azerbaijan), BEC Tero and Sisaket (both Thailand).

We wish them all a happy and successful time at the I-Mobile Stadium as they look to restore Buriram United to the pinnacle of football in Thailand.