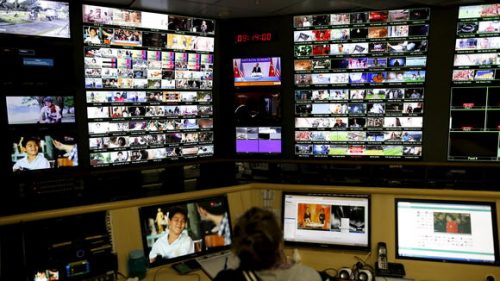 BANGKOK Fox Networks Group Asia has taken legal action against Bangkok Bank, Thailand’s biggest lender, over its failure to honour more than $71 million in guarantees it had made for licensing payments by two Thai pay-TV operators.

One of the TV operators, CTH, went out of business in September while the other, GMM Grammy, shut down its pay-TV operations in February.

Fox, the Hong-Kong based international arm of 21st Century Fox, said on Dec. 14 that it has commenced legal action in Thai and Hong Kong courts against the two operators and Bangkok Bank.Fox’s action serves as a fresh reminder of the stiff competition facing operators in Thailand’s overcrowded TV industry. It also highlights the default risks facing the lenders that have backed them.

“Paying for what is guaranteed in a bank guarantee is a normal international tradition and it is unbelievable that Bangkok Bank is not respecting that,” Zubin Gandevia, Fox’s president for the Asia-Pacific and Middle East, told the Nikkei Asian Review. Fox said it has sent over 20 letters to Bangkok Bank requesting payment but has received no response.

Hours after Fox’s announcement of legal action, Bangkok Bank released a statement saying that “CTH has now instructed Bangkok Bank not to make payment as demanded because Fox Networks Group Asia was at fault for breaching the contract.” The bank did not explain how the contract was supposedly breached or provide any further detail.

According to Fox, CTH owes the company $21 million, and GMM Grammy owes $50 million. Since 2013 the two operators have held separate five-year licensing agreements with Fox to broadcast content in Thailand. Bangkok Bank had issued full bank guarantees for both.

The pay-TV market in Thailand has long been dominated by True Visions, the cable TV arm of local telecommunication service provider True Corp. The two new rivals have been unable to eat into True’s share, despite boasting international entertainment and sports content, including Premier League soccer.

Moreover, in late 2013, the government held an auction for the nation’s first free-to-view digital TV service, awarding 24 new licenses. The auction raised roughly $1.46 billion for government coffers, but for companies, it only meant tougher competition.

“We are a nation with a population of just 66 million,” an industry analyst at CIMB Securities (Thailand) said. Thailand already had six analog terrestrial channels, and “the viewer base and advertisement market is too small for so many operators,” the analyst said.