A Buriram grandad lost his life savings in a wallet and a picture of him with his granddaughter searching for the wallet went viral on social media. 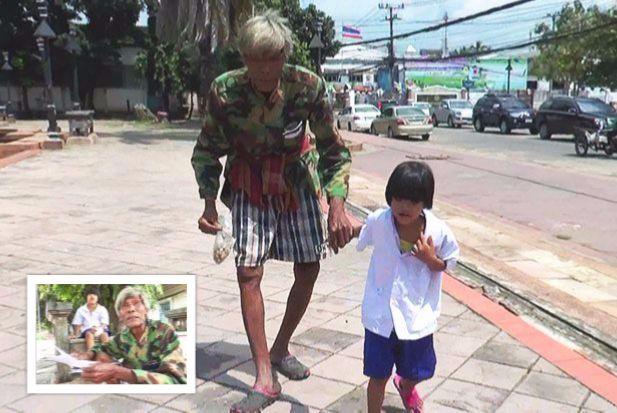 The savings of 15,000 baht were vital to the family and  the loss was obviously very concerning but generous Thai donations poured in and totalled about 1.1 million baht as of Thursday.

Among the donors, actor Ratthaphum “Film’” Tokhongsap immediately went to a bank to transfer 30,000 baht to the elderly man’s bank account in Buri Ram shortly after learning about his plight.

The actor said he wanted to put smiles on the worried faces of the old man and his granddaughter, Thai media reported.

Granddad Paen was overwhelmed by the outpouring of support and sympathy.

He thanked all donors for helping him and his family overcome the hardship. He wished them to be blessed with success, prosperous lives and good luck.

He lost his wallet while taking his granddaughter Arisa “Nong Paem” Paewpholsong to renew her disabled registration card at Buri Ram Public Hospital on Oct 4.

His daughter was born with Down’s syndrome and is mute. Devastated, they searched vainly for the wallet. This drew the sympathetic attention of passers-by. Mr Paen reported the loss to the police and asked for help.

An overjoyed Mr Paen said would use part of the donations to repair his house, and the remainder would be saved for essential uses.

Two police offices have been assigned to Mr Paen and his family to help them keep the money secure. 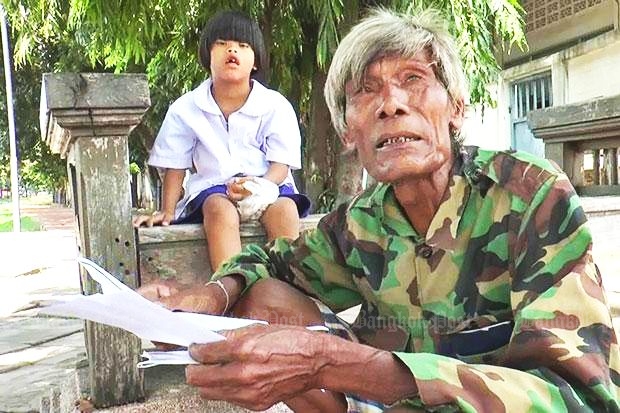