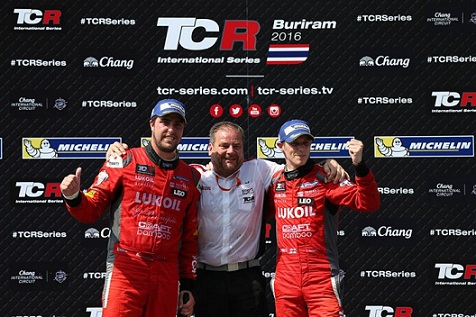 TCR International Series featured two races today ,Sunday 28 August, at the Chang International Circuit in Buriram and provided an entertaining day’s racing for the local spectators at the event which was also televised worldwide.

With a good start from pole position Pepe Oriola took control, however within the first few laps Frenchman Jean-Karl Vernay having started at second on the grid had lost 3 positions and was in 5th spot.  James Nash had gained three and was in 3rd position until Gianni Morbidelli went wide and James slipped into second and held that position until the end of the race, as did race leader Pepe Oriola.

The wild card Thai driver Kantadhee Kusiri who had qualified well and started in 8th position on the grid battled his way up to sixth position with a great drive ,showing the international drivers what the local boy could do on his home turf. 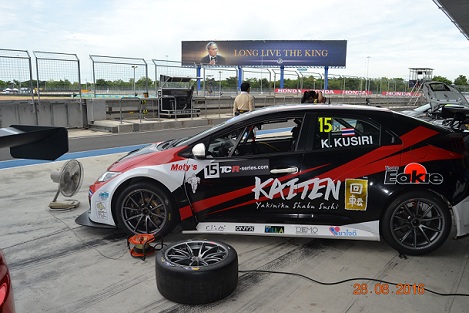 Kantadhee Kusiri drives for the Billionaire Boys Racing team, which is owned by a Bangkok business man. 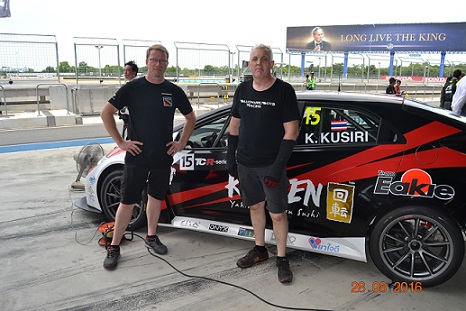 The team had commissioned DFR Motorsport’s number one mechanic David Fitzgerald and well-renowned engineer Toby Phillips to come to Buriram to fine tune the car and work with the excellent Thai mechanics. The plan worked and Kantadhee did the business. 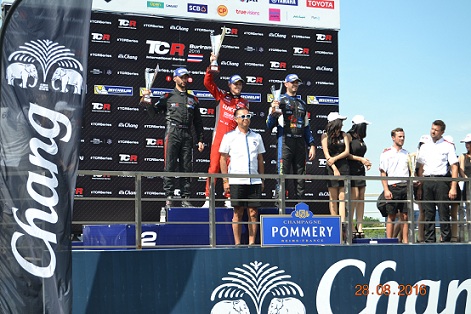 The grid completely changed for race 2 due to reverse seeding and previous day qualification times. Pole position went to Mikhail Grachev with Sergey Afanasyev in P2 and Kantadhee Kusiri finding himself on P3. Pepe Oriola the winner of the first race was in P10 and James Nash was in P5. The race turned into a right battle amongst the teams with an incident on the second lap which brought on the safety car. Kantadhee the Thai driver was now in 2nd place but James Nash had gained a few places and after a couple of laps passed him and then fought his way into the lead. As soon as James had some clear air he increased the gap and was soon well ahead of the rest of the field. The Thai driver Kantadhee showed good spirit and skills but the more experienced international drivers were showing him a trick or two and he eventually finished the race in 9th position. For sure this young Thai driver will have learned a great deal from this experience. 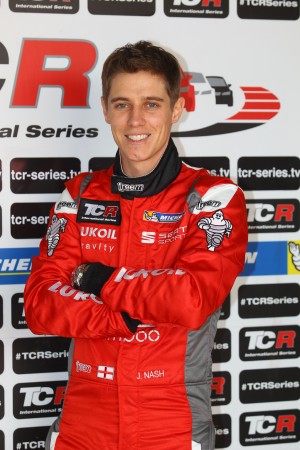 A good day at the office for Brit James Nash having managed second place in race one and the top spot on the podium in race two. Well done James, let’s hope we see you back in Buriram soon.

Well done to all the teams and in particular Craft-Bamboo, best of luck at Singapore.

Report by Frank and HG