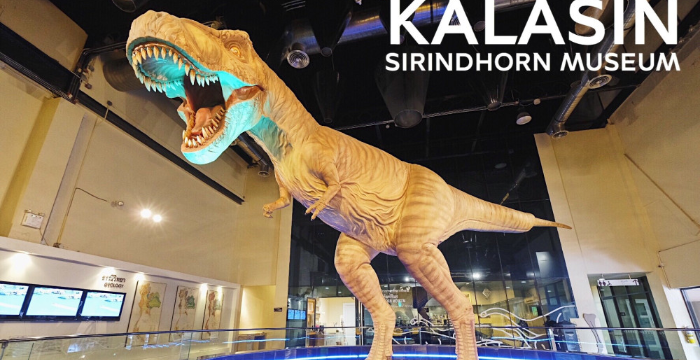 This is another post providing information about the Provinces of the North East.

Kalasin is located in the upper part of the region Region, adjacent to Udon Thani and Mukdahan.

Kalasin  is one of Thailand’s seventy-six provinces (changwat) lies in upper northeastern Thailand also called Isan. The province was established by the Act Establishing Changwat Kalasin, BE 2490 (1947), and it came into existence on 1 October 1947.

With the prosperity of ancient civilizations formerly a residence of Lawa people, people were evacuated from the land on the left bank of the Mekong River to build houses around Kaeng Samrong and Pao River.

In addition, Kalasin is also a famous excavation site for dinosaurs. There are a museum and research centre on dinosaurs that is the largest in Southeast Asia; Sirindhorn Museum.

Things to do in the province.

1. Sirindhorn museum,Amphoe Sahatsakhan , is Southeast Asia’s most complete dinosaur museum showcasing the origin of the life and universe, life evolution and dinosaur era to the birth of humans. Visitors can also closely observe the working of researchers through the dinosaur fossil research, study the operation room and witness the real excavation pit where the fossils of dinosaur bones of almost a complete body of “PhuwiangosaurusSirindhornae”, a  new dinosaur speciesof the world, were first unearthed in Thailand.

2. Rongsi Market, Amphoe Mueang, is a Shopping and unique Local Food centre; such as, Khao Chi Dinosaur, Pa Thong Ko Dinosaur, Roti Dinosaur, etc. as well as a performing stage for music, arts and a variety of events. Open daily between 8.00 a.m. – 9.00 p.m.

4. Wat Wang Kham, Amphoe Khao Wong, is a Temple that consists of a wide range of Lan Xang architecture including Sim Thai Mueang Wang, an exquisite Lan Xang ubosot, Phrathat Chao Ku, and a sermon hall housing “Luangpu Wang Kham,” a Lan Xang art principal Buddha image with a pulpit built in an original design, according to the founding abbot’s observation since he was young.

5. Phrathat Yakhu, Amphoe Kamalasai , is an ancient octagonal-shaped stupa built from bricks with the construction History of three eras. The lowest base was built in the Dvaravati period while theoctagonal-shaped base in the upper part, which was built over the former one, is in the Ayutthaya style period, and the bell-shaped body and top were built in the Rattanakosin period. The stupa is surrounded by boundary markers carved with bas reliefs of the Buddha’s story. Locals believe that it houses the relic of a well-respected monk master. 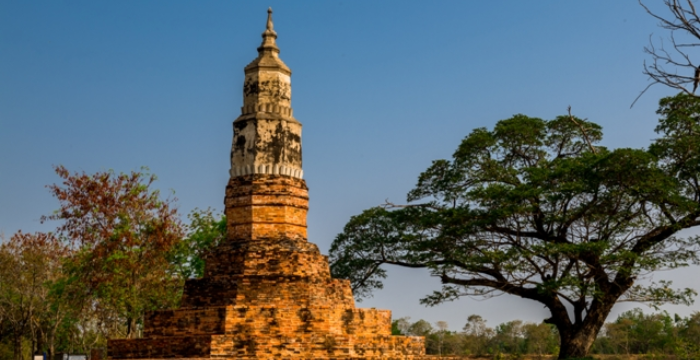