Khon Kaen Police Give Residents Iron Rods To Protect Themselves 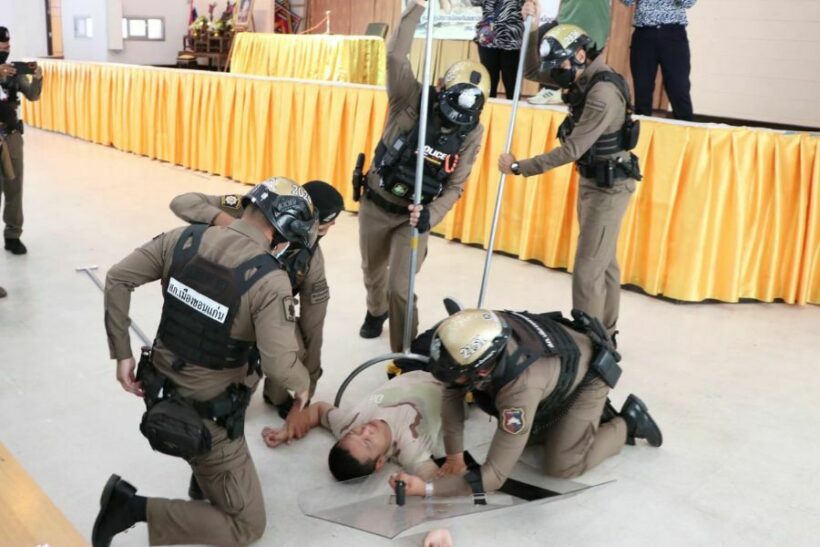 Cash-strapped Khon Kaen Police launched a new initiative to help protect residents from violent drug addicts and psychiatric patients. They have supplied communities with long iron rods to control them.

Khon Kaen Police admit they have been forced into the measures because the province lacks police officers. Pattaya Police introduced a similar initiative in June.

he Commander of the Khon Kaen Provincial Police, Noppakao Sommanat, invited 180 leaders and residents, especially men, from each community in the province to provide training under the project named โครงการนาคาพิทักษ์ รักษ์ประชา 1 ตำบล 1 ทีมไม้ง่าม which means resident protection project, one sub-district, one protector team.

The meeting showed community leaders and residents how to use an iron rod to suppress unexpected acts of violence by drug addicts or psychiatric patients.

Each community leader was given two iron rods and officers went through several drills.

One drill mocked up a pretend brawl between police and a psychiatric man with a fake knife in hand. The police showed how to get close to the crazed man and how they could lock the man’s body with the iron stick.

Noppakao revealed that there were 2,000 to 3,000 drug addicts in the province having treatment. He added that they did not have enough police officers for each community, so officers reached out to community leaders and residents for help.