Another post on the provinces of the North East region.

Khon Kaen is the commercial and political centre of Northeastern Thailand and is well known for the high-quality silk that is produced in the province. Located in the heart of Isan, Thailand’s northeast region, Khon Kaen has been one of the fastest-growing areas in Thailand. The Thai government nominated Khon Kaen as the export center for trade throughout the Indo-China Region and both Laos and Vietnam have consulates in Khon Kaen to process visa applications. Khon Kaen also contains the largest university in the northeast, Khon Kaen University, a major centre of education and technology.

A major source of Local wisdom regarding the production of silk is in Amphoe Chonnabot, where excellent Mudmee Silk is delicately woven by hand using a special tie-dye technique, and Khon Kaen features both creature comfort, in the form of fine eateries and swanky hotels, and beautiful nature, including a variety of animal parks and a number of spectacular national parks.

Things to do in Khon Kaen:

1. Phra Mahathat Kaen nakhon , Wat Nong Waeng (the 9-storeyed stupa) is a Temple that enshrines the Buddha’s relics and collects the Buddhist scriptures. Each of the door panels and windows on each floor is carved with pictures of the Jataka stories, the Buddha’s life, designated Buddha images for 7 days of the week, and 16 Realms of Brahmas. On the top floor, at the 9th storey is enshrined the Buddha’s relics in a moveable throne and is a scenic point where visitors can admire the panoramic view of Khon Kaen town. 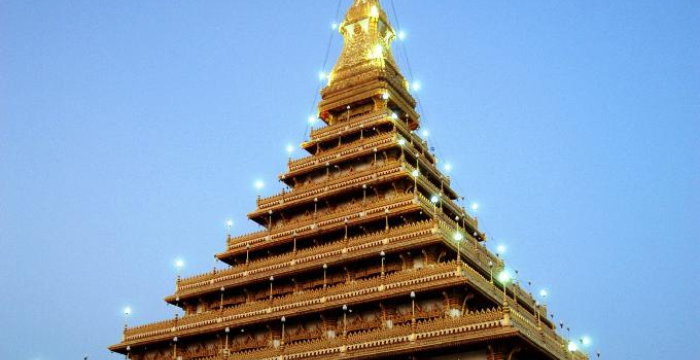 2. Phrathat Kham Kaen  situated at Wat Chetiyaphum, Ban Kham, Mu 1, Tambon Ban Kham, Amphoe Nam Phong, Khon Kaen province, is a sacred place of the town. Ban Kham used to be a City for 2,000 years since -43 CE. Today, it houses relics and Buddha images inside the stupa. Phrathat Kham Kaen Homage Paying and Celebration Festival is held annually on the full moon day of the 6th lunar month (May).

3. Maha Rattana Chedi Si Tri Lokkathat (Wat Thung Setthi) is an exquisite stupa representing a perfect combination of contemporary and Isan folk arts. The stupa was built according to a belief in the convergence of the three worlds: heaven, human world, and the underworld. Underneath the Chedi is also enshrined the aesthetic Buddha image, Phra Ong Dam as well as is a Dhamma puzzle room. Visitors who come to pay homage to the Chedi can learn about the three major pagodas of the three worlds including Chedi Chula Mani located on the second heaven of Buddhist Cosmology, Naga Chedi (underworld), and Maha Rattana Chedi Si Trai Lokkathat (human world). It is believed that worshipping this particular pagoda equals to worshipping three sacred pagodas of the three worlds. 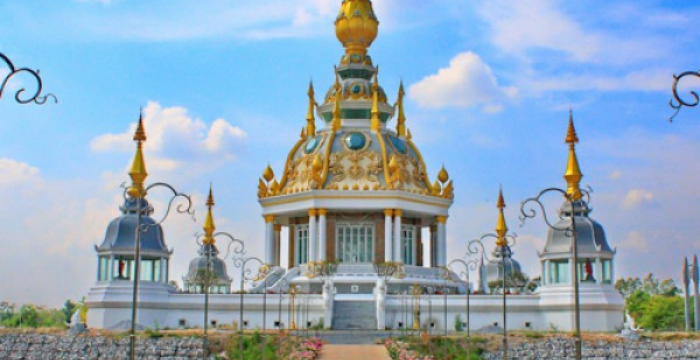 5. King Cobra Village The King Cobra show at Ban Khok Sa-nga is publicly well-known. Almost every household in the village raises king cobra underneath the house. To make it more attractive, the show offers a variety of performances; for example, a snake dancing and a boxing between man and king cobra. Many villagers have become famous from their performances and have been known by aliases; such as, Karong Noi Mueang Isan, Thong Kham Lukthongchai, etc. In addition, Wat Si Thamma is a place that provides the snake show by the King Cobra Club of Thailand as well as raises different breeds of snakes in cages with signboards providing information about snakes. The show is open daily during 8.00 a.m. – 5.00 p.m. On the route before arriving at Wat Si Thamma, visitors can also watch the snake performances by Locals in the village and donate money for an admission fee as they wish. 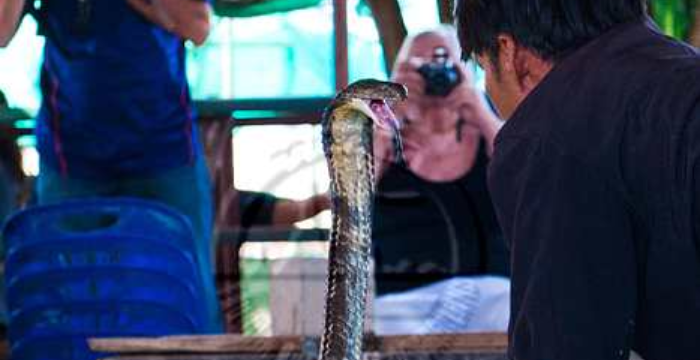 6. Phu Pha Man national park is a limestone mountain range with a sheer cliff plummeting down that looks like a huge curtain. The forestland is abundant with evergreen and mixed forests, which keep the Cool atmosphere almost all year-round. Some attractions nearby include Tham Khang Khao, Tham Phu Ta Lo, Tham Phra, Namtok Tat Fa, etc. 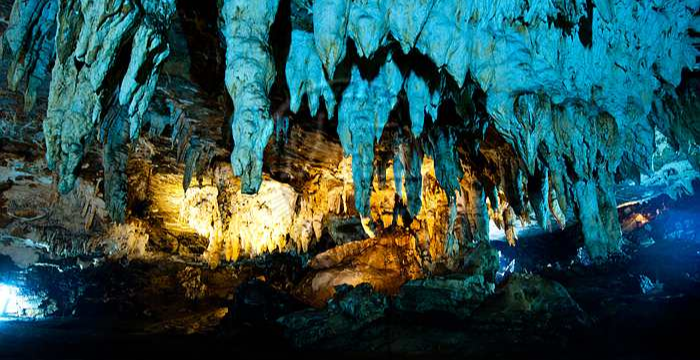 7. Ubolratana Dam  is served as a multi-purpose dam for electriCity generation, agriCulture, fisheries, flood prevention, transportation including a recreational site for the people of Khon Kaen. Within the Dam’s area are provided restaurants, Accommodation, and some activities; for instance, a Boat ride to go sightseeing, admiring a Garden of plant varieties found in literature, a garden of dinosaur sculptures, as well as a golf course service. 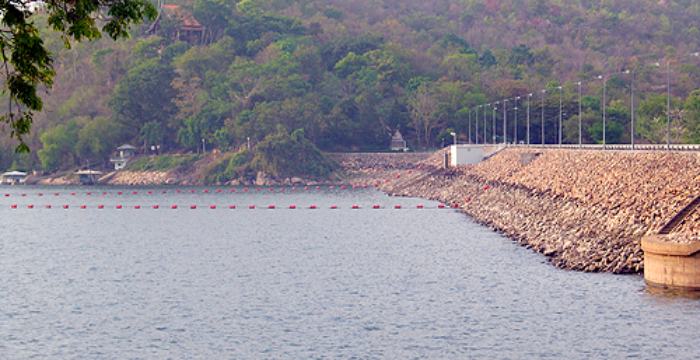 8. Phu Wiang Fossil Research Centre and Dinosaur museum is a research and study centre that provides knowledge on geology to the public. The Museum’s building is divided into 3 zones: service, education and exhibition zones. The exhibition zone showcases the origin of the universe, rocks, minerals, fossils, and models of dinosaurs. 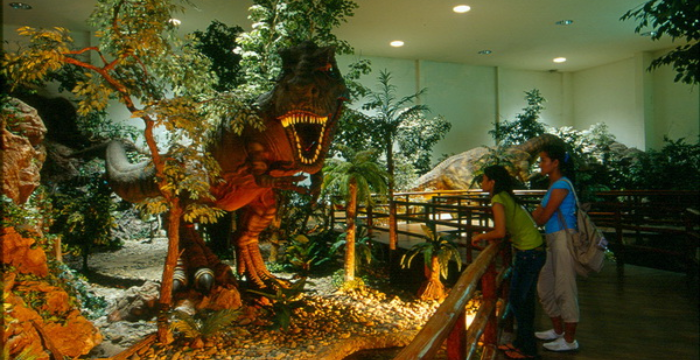 9. Ton Tan Market is a new tourist attraction and a recreational site in a pleasant Garden atmosphere amidst more than 40 rai of a shady green area. Parking space is available for more than 1,500 cars. Open daily between 4.00 p.m. to 1.00 a.m.

10. Matmi Silk of Amphoe Chonnabot is a production centre of world-renowned Matmi silk Textile that features unique and beautiful designs as a trademark of Khon Kaen province.