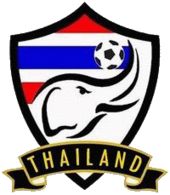 The FAT reached a 100-year milestone after King Rama VI kicked off a mission a century ago and it continues to this day with its share of ups and downs.
The Football Association of Thailand prepared to celebrate its 100th anniversary on June 6 with FAT president Somyot Poompunmuang presiding over a religious ceremony before the statue of King Rama VI, dubbed the Father of Siamese Football, at Sanam Chandra Palace in Nakhon Pathom on April 25.

Thailand who have reached the third qualifying stage for the first time in 15 years, have come a long way since the birth of their football association in 1916. Here are five key events over the last century that have helped shape Thai football.
1. Royal Beginnings
An ardent lover of the game, King Vajiravudh or Rama VI, who studied in Oxford, founded the Football Association of Thailand on April 25, 1916.
Thanks to his association with the football team of Suankularb Wittayalai School and his keen involvement in his own court team, King Rama VI is considered the spiritual father of football in Thailand and for being directly responsible for its growth.

And when King Rama VII succeeded King Rama VI in November 1925, he accepted the football teams under his royal patronage — as had been the wish of his late brother.
King Rama VI’s imprint on Thai football can be seen to this day with the Royal Crown Emblem, granted by the King, still being used by the FAT and remains a symbol of the national sides.

A heavy 9-0 defeat to Great Britain at the Melbourne Cricket Ground saw the Thais eliminated in the first round but they would return to the Summer Games for the 1968 edition in Mexico.

In Mexico City, Thailand lost all their three matches — 7-0 to Bulgaria, 4-1 to Guatemala, and 8-0 to the Czech Republic.

Udomsilp Sornbutnark’s goal against Guatemala was Thailand’s first — and still the only — goal at the Olympics as the Kingdom have never qualified for the Games since the 1968 tournament.

The Melbourne Olympic experience would herald a new era of development for Thai football with Samruay Chaiyong, who played at the 1956 Games, being at its core. One of six from the Chaiyong family who represented the national team, Samruay was hand-picked by the FAT to study coaching in Germany.

Samruay would go on to establish Rajivithi Club in 1968 — a revolutionary side that would become one of the most successful Thai teams of the 70s winning the Kor Royal Cup four times and producing a glut of players for the 1970- 1980 national sides.

Having joined the Asian Football Confederation in 1954, Thailand debuted in the confederation’s flagship competition when they hosted the 1972 AFC Asian Cup.

A draw with Iraq and a narrow defeat to holders and eventual champions Iran saw them reach the semi-finals, but once in the knockout stages it was to be a tale of two penalty shoot-outs as they lost out to South Korea in the semi-finals before securing third place with a win over Cambodia.

In 1993 Thai Farmers Ban were beginning a campaign that would cement their place in the annals of Asian football history.

Charnwit Phalajivin’s side were participating in just their second Asian Club Championship, the precursor to today’s AFC Champions League, when they took part in the 1993-1994 edition. They first disposed of the likes of Indonesia’s Arema Malang and Verdi Kowasaki of Japan then a 2-1 win over Oman Club in February 1994 saw them crowned continental champions.

And just under a year later they did it again. This time Natipong Sritong-In’s goal was enough to down Qatar’s Al Arabi in the 1994-1995 final as Thai Farmers Bank became the first side to win back-to-back Asian club titles.

When Thailand won three of their first four biennial AFF Championships with superstar striker Kiatisak Senamuang leading the attack, there were few in the Asean region who would have imagined that the 2002 title would be their last for over a decade.

Vietnam and Singapore twice denied the War Elephants from adding to their regional championships as they missed out by the slimmest margins in three further final appearances in the 2007, 2008 and 2012 tournaments.

In 2014, though, with Kiatisak, the last Thailand captain to lift the Asean Championship, or the Suzuki Cup, at the helm as coach, the War Elephants ended their drought amidst extraordinary scenes in front of 90,000 fans at the Bukit Jalil National Stadium in Malaysia.

Trailing 2-0 from the first leg in Bangkok, Malaysia had the match in their hands when Safiq Rahim scored his second goal of the game with a 58th minute free-kick to make it 3-0 after he had converted a seventh minute penalty. Indra Putra Mahayuddin had headed in the second just before the interval.

But Charyl Chappuis netted a precious away goal for the War Elephants after Farizal Marlias had fumbled a Sarach Yooyen free-kick in the 82nd minute and Chanathip Songkrasin put the result beyond any doubt three minutes from time.

Thailand lost 3-2 in Malaysia but won 4-3 over two legs as they became Asean kings for a record-equalling fourth time. 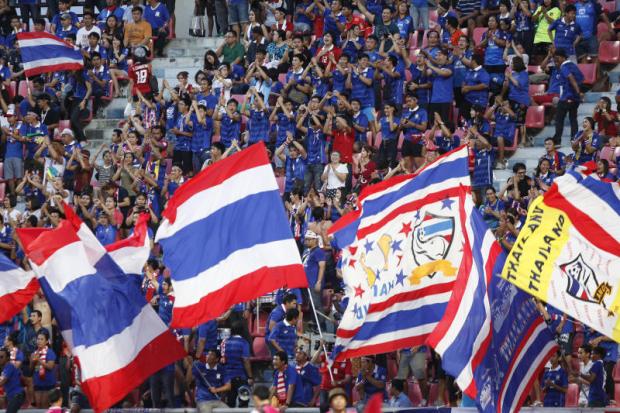 The June 6 celebration party will be held at the Police Club’s Boonyachinda Hall and presided over by Deputy Prime Minister Prawit Wongsuwon. It will be organised under the theme ‘Go for a Dream’ as the FAT will receive donations to try to secure a first-ever World Cup berth.

Donations can also be made through Siam Commercial Bank branches and 7-Eleven outlets, Somyot said.

“The party will be an opportunity for the Thai people to help support the national team in their bid to seal a World Cup spot,” he said. “Every baht from you will be useful for football development.”

Meanwhile, the FAT has appointed Bangkok United chairman Kachorn Chearavanont as manager of the national team. His first assignment is the four-team King’s Cup tournament, to be held at Bangkok’s Rajamangala National Stadium on June 3 and June 5 . United Arab Emirates, Syria and Jordan will join Thailand for the tournament.

(Thanks to the Bangkok Post for sharing their information for this article.)