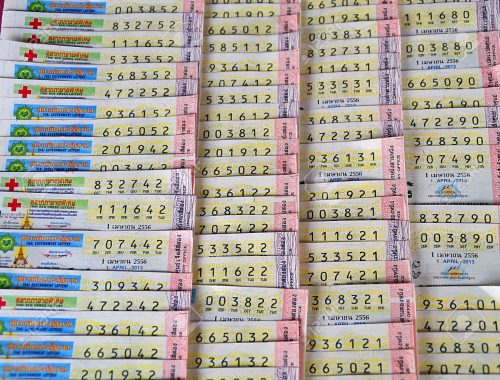 Plainclothes police and military officials will be sent to monitor major lottery markets to ensure tickets are sold at no more than 80 baht a pair as prices have begun to increase again.

Overpriced lottery has long been a problem in Thailand and the  new regime made it one of its priorities after it took power two years ago.

The chairman of the Government Lottery Office (GLO), said officials had arrested 1,500 vendors for overcharging during crackdowns on the 30-31 of last month.

Military and police officials will be sent to man stalls at major retail sites such as Khok Wua intersection in Bangkok and Sanambin Nam in Nonthaburi province.

Preparations are also being made to address lottery rematch operations, where tickets of the same digits from different series were regrouped to be sold in sets for a premium to people seeking to boost their chances of winning.

The practice was banned because it pushed up demand for certain numbers and in turn their prices.

Another measure was for the joint forces to crack down on underground lottery rings. In addition, the GLO is planning to change the way tickets are sold.

At the moment, tickets are sold in a pair of the same number for 80 baht per pair. Each ticket has the face value of 40 baht but in practice nobody buys them separately so the double ticket no longer makes sense.

In order to reduce costs, the GLO plans to replace the pair with a single ticket costing 80 baht. The change won’t affect purchasers in any way because the number of issued tickets is also the same, at 60 million.

Another step taken was to change the time the tickets are sent to middlemen to make it impossible for them to rematch them in sets.

The Buriram Times wishes good luck to all its readers .