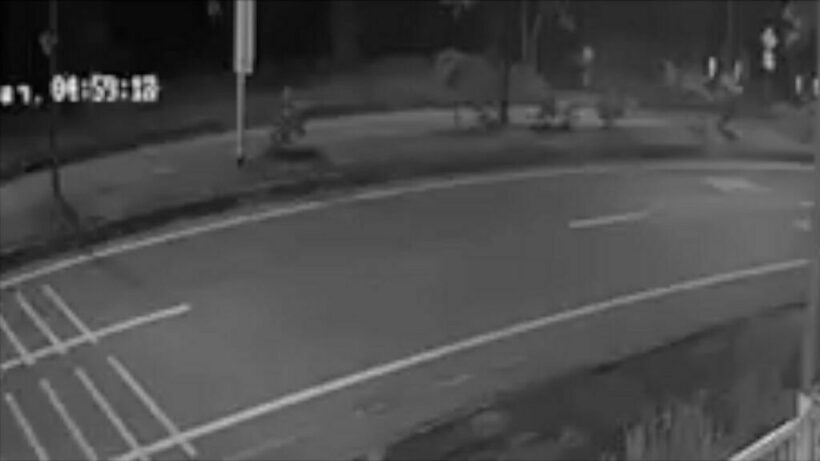 A man was shot dead yesterday near an airport in northeast Thailand. The man, 40 year old Phanom Thipratanamongkol, had worked as a mobile phone businessman. He was shot on the road leading to the entrance of Khon Kaen Airport.

Police found Phanom with a gold chain in one hand, and a pendant in the other. He had two bullets in his chest, and one in his stomach. Two bullet casings were found nearby, Matichon reported.

Witnesses who live nearby told police that Phanom and two other men had driven in separate cars and parked by the roadside at the entrance of Khon Kaen Airport early in the morning.

The witnesses said they heard someone yelling “get off!” Then there was a gunshot and Phanom ran. The assailant chased Phanom and fired another shot that killed him, before driving away.

Police said that the killing could have been over personal or business issues. The police said they were reviewing surveillance footage to track down the killer.

This news comes as Thailand is reeling from a massacre in another northeast province, Nong Bua Lam Phu. On October 6, a former police officer brutally murdered at least 37 people at a daycare centre.

Time will tell if more details emerge on the killing of Phanom Thipratanamongkol.