Many Buriram United Supporters Cheer on Leicester City in Bangkok 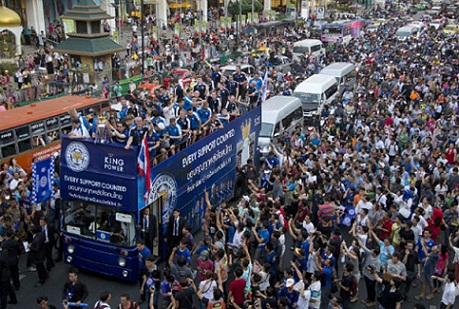 As Leicester City’s Thai Chairman Vichai Srivaddhanaprabha carries on the celebrations by bringing his manager Claudio Ranieri and the team to Bangkok, it should be remembered that there is a strong connection between Buriram United and Leicester City.

Firstly King Power, Vichai’s Thai based company, also sponsor Buriram United. The new I-mobile Stadium design in Buriram is similar to the King Power stadium in Leicester. Some Buriram United academy players have had the opportunity to train at the Leicester City academy. And last August the two clubs played a friendly under 17 game which Buriram United won. 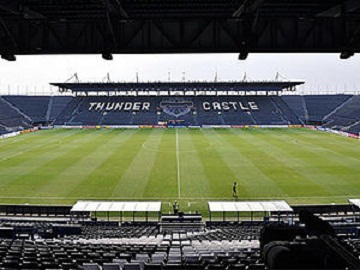 Thousands of fans turned out on the streets of Bangkok this week and “Buriram Times” are pleased to report that a large number travelled down from Buriram.

Leicester City wining the English Premier League this season has brought a breath of fresh air into the beautiful game.

Best Things To Do In Buriram, Thailand