Another article on the Provinces of the North-East. 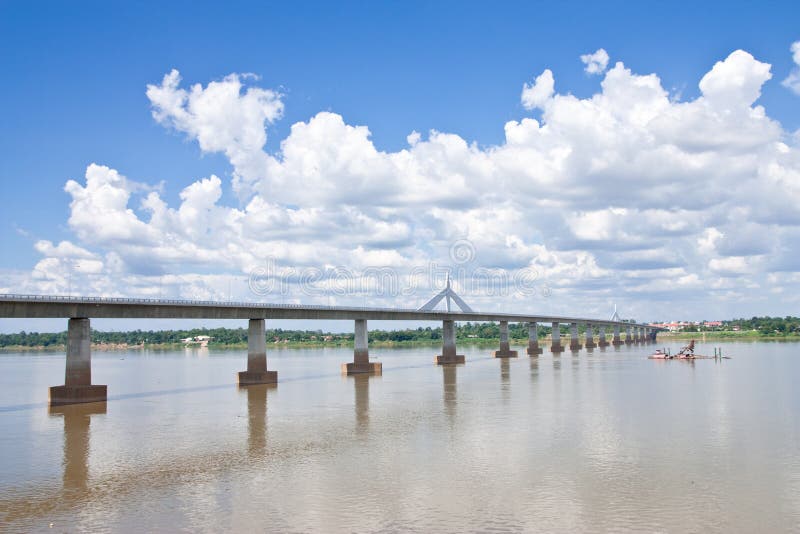 Mukdahan is a town and capital of Mukdahan Province, which became Thailand’s 73rd province in 1982. In lies in the northern part of the North-East, on the right bank of the Mekong River and adjacent to Nakhon Phanom and Sakon Nakhon. It was formerly a district of Nakhon Phanom Province.

Mukdahan has been a Historical gateway to Indochinese countries, and the population of the province reflects this: 8 different ethnic minorities live in Mukdahan; namely, Thai Isan, Phu Thai, Thai Kha, Kraso, Thai Kaloeng, Thai Yo, Thai Saek, and Thai Kula. Mukdahan has abundant natural beauty and is also famed for its high-quality Mudmee silk.

Mukdahan is one of the largest Mekong River towns in Thailand. Located directly across from Savannakhet in Laos, the bustling city draws many Lao citizens who pop over to take advantage of modern shopping centres and sprawling markets. Travellers will find some good eats along with a few note-worthy attractions.

Things yo do in Mukdahan:

Take a look at Mukdahan’s skyline, and you’ll undoubtedly notice the Mukdahan Tower. Standing 66 metres tall, well above most other buildings, this attraction is a great indoor option on a hot day. You won’t need too much time to appreciate the views, but there are some museum artifacts on the lower level if you’re up for a quick history lesson. THB50 will get you to the top, with the option of taking a lift or the stairs.

Add a touch of spirituality to your day by visiting the Chao Mae Song Nang Shrine. Nobody quite knows the origin story, but you’ll hear tales and folklore of different beliefs. There’s also a sister shrine, Chao Pho Chao Fa; both are celebrated in May, so if you happen to be present, make sure to partake in the activities. The exact date of the celebration is determined by the full moon, so check in with locals to see if you’ve come at the right time.

One of the favourite spots to wander through in Mukdahan is the bustling night market because of its multicultural feel and amazing food options. We suggest having a local tour guide or friend show you around if you don’t know the language. Meals served here are all based on Isaan, Thai, Lao, and Vietnamese influences and can be had for no more than THB50. The market gets going in the early evening, but come after 6pm for the most action.

After a sweaty day exploring the area, we spent an hour at Wat Si Mongkhon Tai, a relaxing and refreshing space located several minutes away by foot from the Riverfront Hotel. This Buddhist temple has Vietnamese influences in its gate, which was constructed as a symbol of peace between Vietnam and Thailand in the 1950s. Plan your visit during daylight hours and appreciate the serene beauty it offers.

If you’re there in October, you can’t miss the Thailand-Laos Annual Boat Race. Towards the end of the Thai Buddhist Lent Period, the two countries come together to offer an event that boasts incredible performances, food, and lots of shopping. The event is held along the river in front of the Indochina Market. Stop by and take part in the festivities along with the Thai and Lao locals.

For a quick history lesson, we recommend touring the free Ban Kwian Muk Folk Museum, which displays antiques from Thailand, China, Vietnam, Cambodia, and Laos. Artifacts descriptions are in both Thai and English, so most visitors will be able to take in the interesting history. The museum is open daily from 9am to 6pm.

Cop In A Backhoe! NE Cops Destroy The Evidence From Multiple Cases