Murderer Of “Nong Nurse” Gives Conditions For His Surrender-Police Refuse 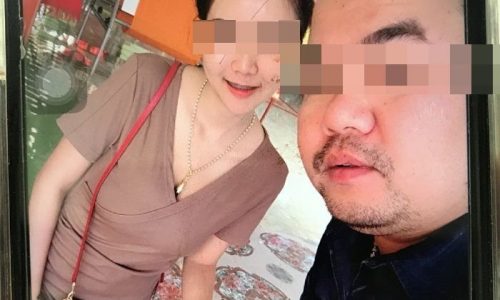 Nong and her murderer

The well-connected Thai man charged with murdering attractive Noppathorn “Nong Nurse”, 23, has sent a politician friend to try and negotiate a deal with Nakorn Pathom police.

Sanook reported from sources that Wallop “Sia Lop”, 37, sent his pal to make demands for him to give himself up.

Give me 1 million baht bail.

There will be no re-enactment

I don’t want any press photos.

The police have told him – no deal.

“Sia Lop” is reported as being in loan sharking and being a gambler with friends in the drug trade. He is charged with shooting Nong Nurse dead in her Honda City car in Nakorn Pathom during the night.

Nurse was a coyote dancer in Pattaya where she met a man from the Netherlands who regularly visited and sent her money.

She teamed up with Sia Lop for the last nine months but is also believed to have had a relationship with a man called “Tee” who has said that they were just friends.

Tee fled from reporters when confronted about the nature of his relationship with the victim.

Sia Lop found out that she had gone to his house after going to an entertainment venue in the city to the west of Bangkok. He went there to confront her and sent her a picture of him armed with a gun to threaten her.

She decided to come out and meet him at the end of the soi to avoid trouble with the household at Tee’s place.

Nurse was then shot dead with a 9mm gun in her red plate car.

Sanook reported that he sent his mother a message that read: “I have shot Nurse dead – I am going to give myself up”.

A warrant has been issued for his arrest on murder and gun charges.

Nurse has two daughter from a previous relationship in Ratchaburi. When this ended she went to Pattaya and met the Dutch man. After that she became a receptionist at a venue in Nakorn Pathom.

Times comment:-The sheer arrogance of making any demands shows the true character of this low-life. Hopefully, he will get all that he deserves.