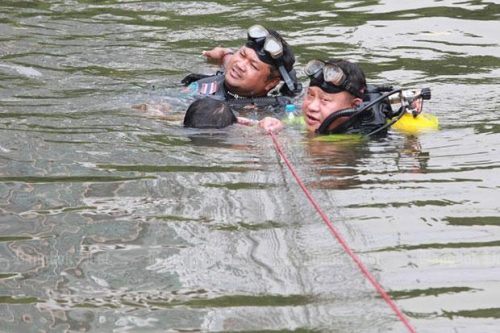 A fifty year-old male passenger drowned this morning when he fell from a commuter boat into the Klong Saen Suep canal around 6am.

Witnesses say that he attempted to jump from the ferry onto Nanachat pier. Apparently, the ferry was not securely docked at the time and although the boat driver stopped for around ten minutes, there was no sign of the passenger reappearing.

Divers were brought in to try and locate the missing man and they recovered a body some four hours later, around 100 metres from where the incident took place.

It was later discovered that the victim had suffered head and neck injuries .Investigators will try to establish why he had attempted to jump from the still moving ferry.