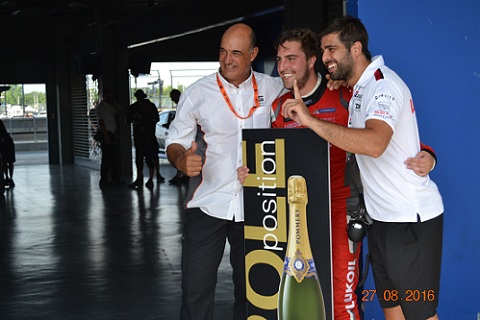 Another exciting day at Chang International Circuit. It was Pepe Oriola’s day driving for Craft-Bamboo LUKOIL Seat Leon team. This was his first pole position of the season. Pepe was unable to practise on Friday due to a foot injury which had occurred during fitness training. But all was well today and he managed to get some clear air and put in a great lap.

To everyone’s relief James Nash was back on track after a high speed crash in practice on Friday, and had the fastest time in practice 2 today (Saturday). James described the shunt as the worst of his career. 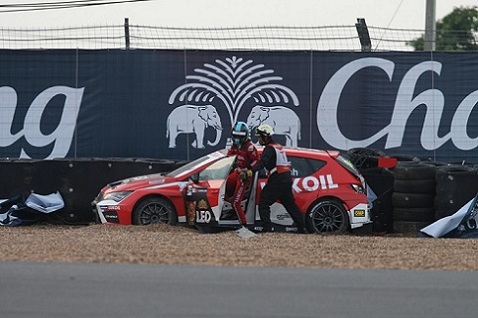 He said,“I was on a flying lap and when I hit the brakes at turn 3, something happened. The car couldn’t brake or turn. I went off at very high speed and could only put the car sideways in the gravel not to hit the barriers head on.” 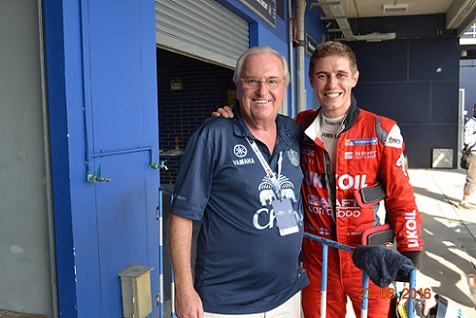 The Briton escaped unscathed but shocked, the Craft-Bamboo LUKOIL Seat Leon team got to work ,fixed the problem ,did some bodywork and as mentioned James was back racing today and finally qualified in 6th position on the grid for tomorrow’s race. 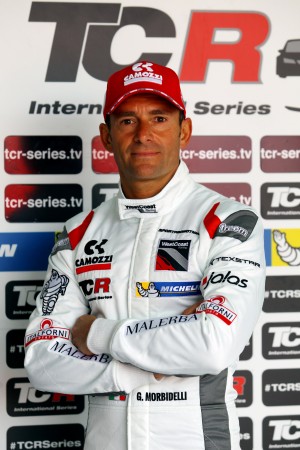 The second fastest was Italian Gianni Morbidelli driving for West Coast Racing in a Honda Civic and third on the grid will be Frenchman Jean-Karl Vernay driving for Leopard Racing in a Volkswagen Golf GTi.

Jean-Karl Vernay said after qualifying,” It’s my first time on this track and I really like it a lot.”

Report by Frank and HG

Regulars Colin and Steve are on their summer break