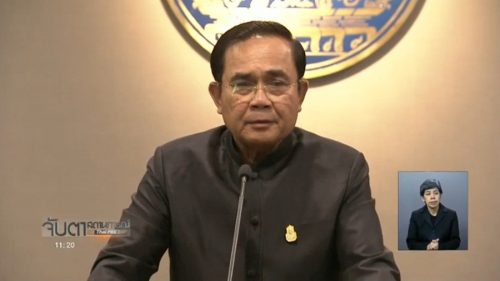 Alcohol ban at events over Songkran?

The Prime Minister has been urged to order a ban on the sale of all alcoholic drinks at events and musical concerts held during the seven “dangerous” days of the Songkran festival.

A group of about 50 representatives of the Alcohol Watch and anti-alcoholic drinks networks gathered at the Complaints Centre of the Government House to submit an open letter addressed to the prime minister urging him to take precautionary measures to reduce road accidents and fatalities during the Songkran festival.

Alcochol Watch coordinator Kamron Chudecha cited that there were 3,447 road accidents during Songkran festival last year, resulting in 442 dead and 3,656 people being injured. Drunk driving was the main cause of the accidents followed by speeding, he said.

In their open letter, the advocacy groups noted that, during the Songkran festival, about 1,000 events and concerts were normally held across the country and the number of revelers at each event range from hundreds to several thousands and, above all, alcoholic drinks were on sale freely.