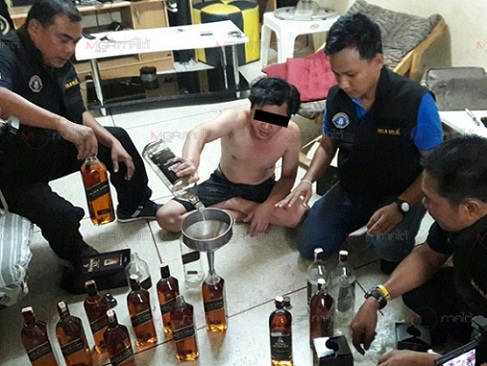 Officers from the Crime Suppression Division report that they caught two Malaysians red- handed at a warehouse in Hat Yai in Southern Thailand, in what they described as the biggest bootleg whiskey operation in the region.

The business premises was disguised as a bottle recycling plant but in reality the father and son operation were found to be filling bottles with the Johnny Walker Black Label on them with a cheap substitute and some homemade potion to alter the taste.

The main ingredient used was King Robert whiskey, bought for 2,400 baht per case which was then poured into the Johnny Walker Black Label bottles, along with their magic homemade potion. They would then sell on for 5,500 baht a case or more.

The 35 year old son who had a previous criminal record for similar offences was arrested and charged while his father managed to escape before being cuffed.

Recently there were reports in the Buriram and Surin areas of cheap bottles of Bombay Sapphire Gin coming out of Cambodia which was making people seriously ill. 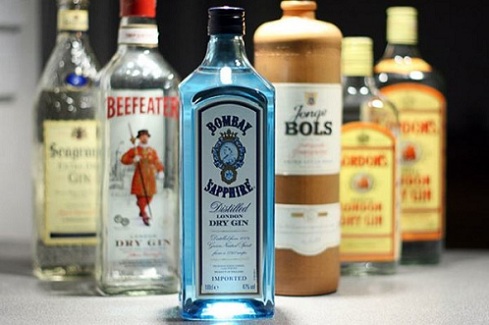 The police warned that anyone consuming the bootleg booze was putting themselves at risk as it could cause severe illness or in some cases death.