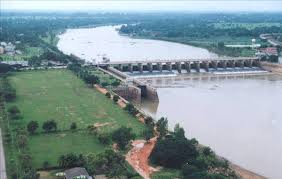 People living along the Chao Phraya River in seven provinces downstream from the Chao Phraya Dam were warned on Saturday to watch out for rising water, as dam authorities will have to release more water following days of heavy rain.

Suchart said rains had continued from July 1 to 7 in upstream areas, prompting a lot of water to flow into the Chao Phraya Dam in Chai Nat’s Sapphaya district.

He said his office would manage the flow to ensure that the dam would not release more water until it reached the rate of 850 cubic metres per second. At this rate, the water downstream would rise by 60 to 80cm, he said.

The expected level would not affect residents downstream, but they should be prepared in case of emergency, he added.