Shortage Of Coins In Trang Because Of Hoarders 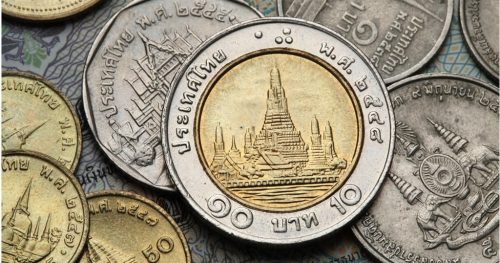 Some people in Trang province are hoarding 5-bht and 10-bht coins in the belief that they will appreciate in value after the production of new coins.

“Vendors in Trang province have of late been facing a shortage of 5-baht and 10-baht coins,” said a vendor who sells fresh vegetables in the downtown market .

Even bank branches are not able to provide coin change to vendors, she complained.

Money hoarders are speculating that the current 5-baht and 10-baht coins will not be printed again in the post-King Rama IX era, so they are hoarding them and they expect to reap financial gains from an appreciation in their value in the future.

Meanwhile, the director-general of the Treasury Department, admitted that circulation of 5-baht coins was not as liquid as in the past. But it is not a serious problem, he said, and added that officials will transport coins to where ever there is a shortage of supply.

Currently, 2-baht, 1-baht, 50-satang and 25-satang coins worth about Bt57 billion are in circulation , said Chakkrit. A new batch of coins are expected to be circulated soon this month, he said.

He also added that newly designed coins are expected in the market later.