Another post on the provinces of the North-East region.

Si Sa Ket is located in the lower south-east of the region, adjacent to Surin and Ubon Ratchathani.

Rich with Khmer Ruins, Si Sa Ket is an interesting destination. In addition to serving as the gateway to visit Preah Vihear (Phra Vihan), the cliff-top Khmer Temple across the border in Cambodia, the province has plenty of fruit, such as rambutan and durian, which are available at the beginning of the rainy season.

As Si Sa Ket borders Cambodia, there are a number of Khmer ruins throughout the region and the History of the provincial capital is believed to date back to the Angkorian era. The greatest of these ruins in the region, and one of the most spectacular Khmer temples ever constructed, is Preah Vihear. Phra Vihan, as it is referred to in Thai, is a temple that was constructed atop a cliffside escarpment that lies across the border in Cambodia but is far more accessible as a day Trip from Si Sa Ket, where Prasat Khao Phra Wihan national park contains a number of decent sights prior to crossing the border.

In addition to architectural diversity, Si Sa Ket contains many ethnic tribes, including Suay, Lao, Khmer, and Yer that have settled in the province over the centuries. Old town Si Sa Ket, formerly known as Muang Kukhan, was located at Ban Prasat Si Liam Dong Lamduan, in present Tambon Duan Yai, Amphoe Wang Hin, but was relocated to its present location during the reign of King Rama V, around one hundred years ago.

Things to do in the region: 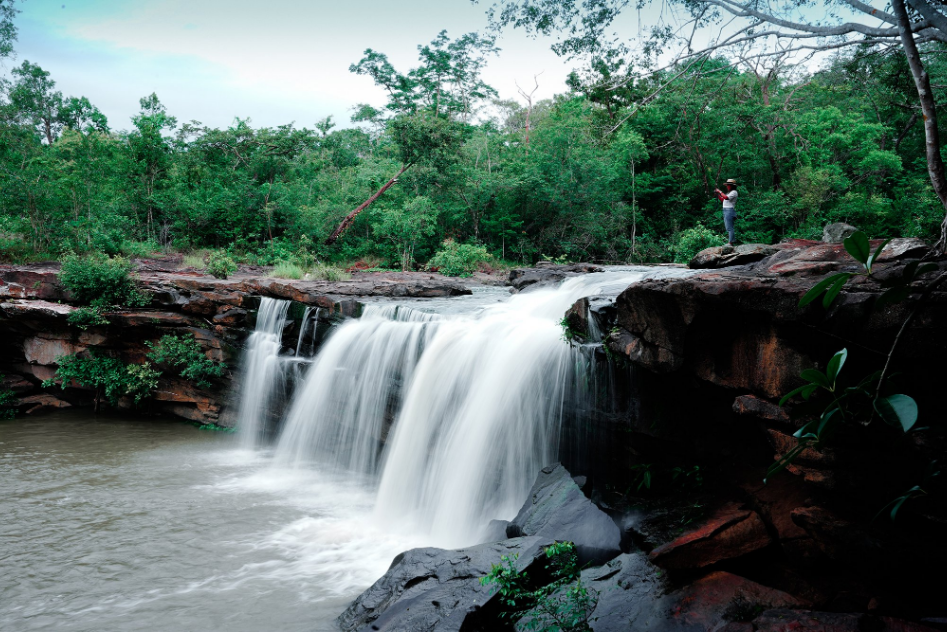 Located in Phanom Dong Rak Wildlife Sanctuary, the small but beautiful Huay Wang Yai waterfallis situated in an area surrounded by rare species of trees and has water flowing throughout the year. It was created by Huay Ka Yung River where the water comes from Phanom Dong Rak mountains.

The waterfall is five metres high with water slowly tumbling from the shallow top basin to the deep bottom basin, which is surrounded by big banyan trees. Tourists can enjoy the beauty of the waterfall and play in the water or simply Relax by sitting in the rock field. Many types of butterflies also reside in the area as well as there are more than 1000 species of trees in the Phanom Dong Rak mountain area. The rainy and cold seasons are the best times to visit the falls. 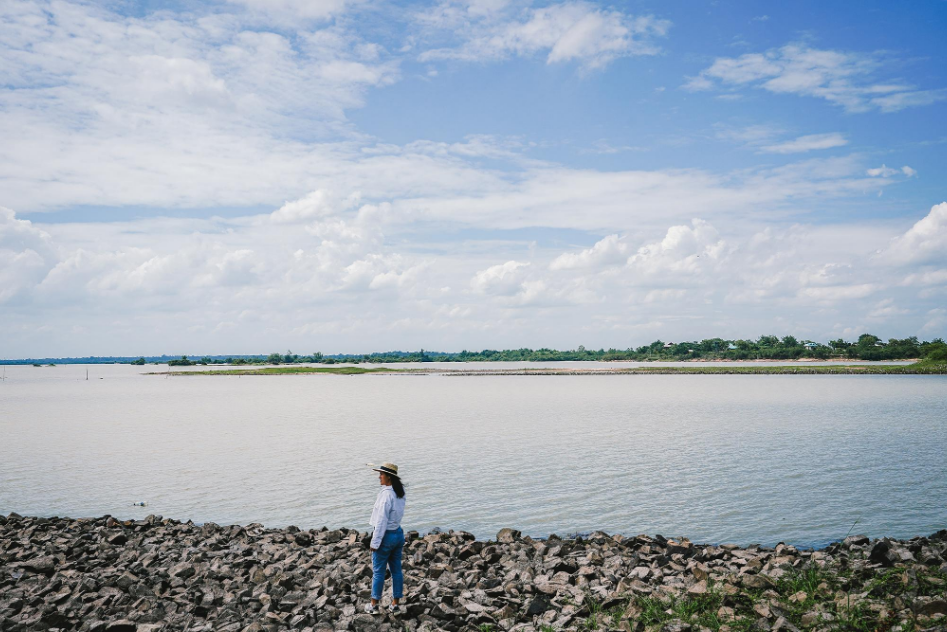 Ra Si Klai search-result/tagword/Dam”>Dam is a large concrete dam that blocks the water of the Moon River between Ban Huay and Ban Don. It is one of the dams in the Khong-She-Moon Diversion Dam Project under the Ministry of Science and Technology to help resolve water shortages in 4.98 million rai in the northeastern region. If you turn your back toward the gate, you will see an infinite view of the river with trees in the middle like an Island. If you turn around, you will see another view of the flowing water. Taking a moment to stop by here and enjoy the view with the feeling of relaxation and refreshment.

Traveling period   : Throughout the year 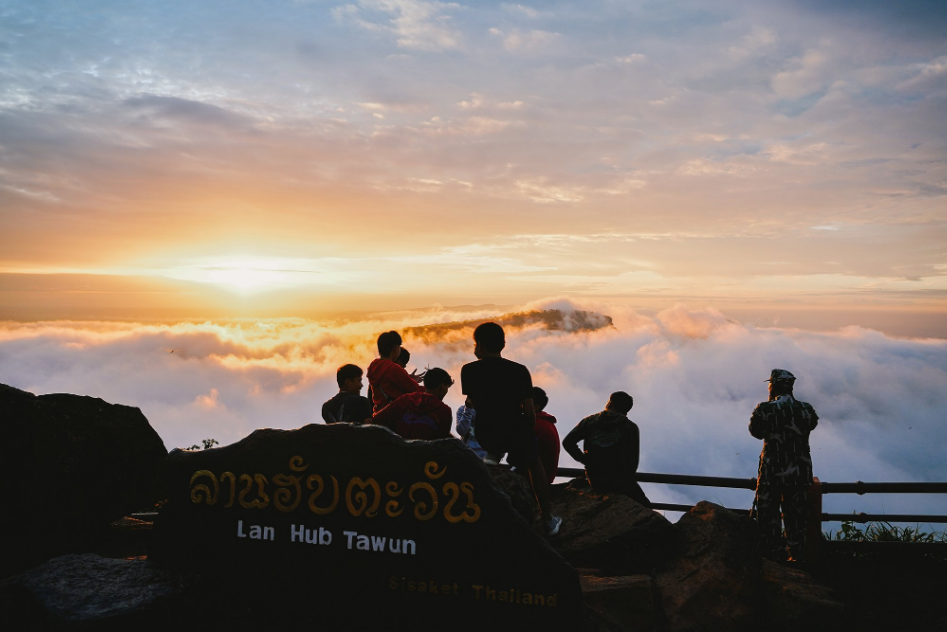 You can’t go to Si Sa Ket without visiting Pha Mor E Deang. This place is known for its viewpoint overlooking a sea of fog surrounded by mountains. From the viewpoint, you can see Phanom Dong Ruk mountains, Myanmar’s lowland, and Preah Vihear Temple, which is just one kilometre away. 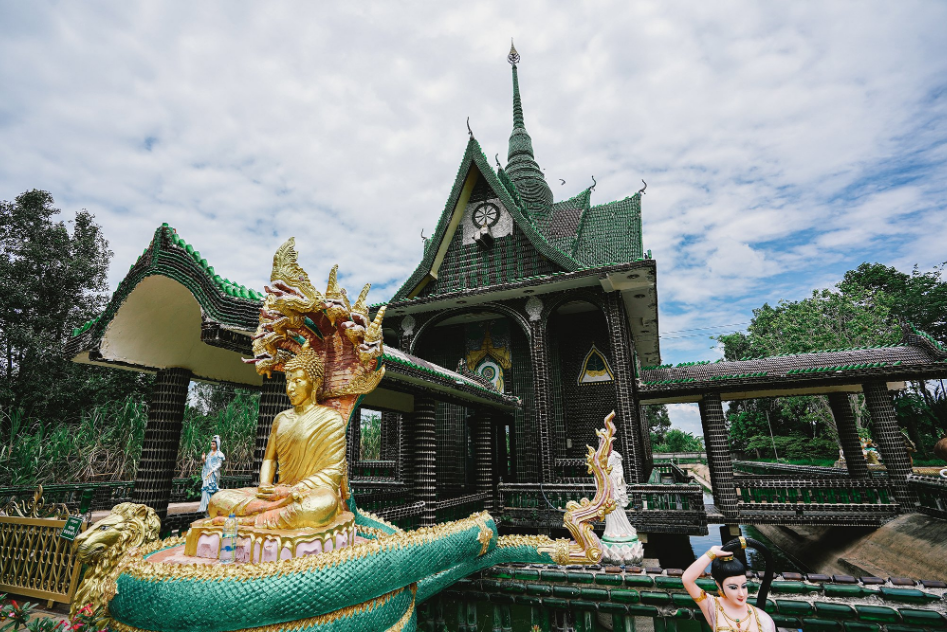 Everything about this one-of-a-kind Temple is decorated with more than one million glass bottles, from the main hall and chedi, to all the buildings and even restrooms. This idea wasn’t initiated by a national artist, but a monk named Phra Kru Wiwek Thamma Jan, or Luang Pu Lod for short, who decorated the temple into what it is today.

Traveling period    : All year round