Continuing our series of articles on creepy-crawlies in Thailand, we take a brief look at our eight-legged “friends”, spiders.

There is no shortage of big, hairy, scary spiders in Thailand, including tarantulas, black widows, giant orb spiders and huntsmen. Spiders are usually not aggressive but they can give you a nasty, mildly painful bite which could become infected if not properly cleaned.

Spiders are widespread in Thailand, species such as the Huntsman Spider commonly make their way indoors, residing in kitchen cupboards, sinks or scurrying across the floor. Big hairy spiders are the most commonly feared in Thailand. 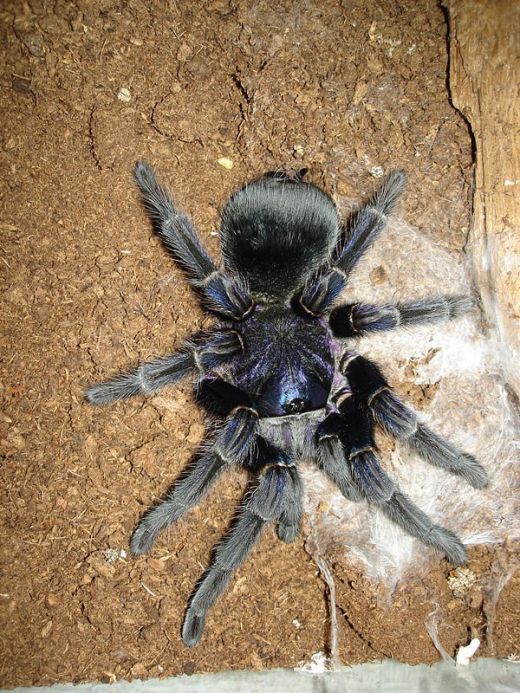 Luckily, deaths from spider bites are very rare- less than 3 per year across the whole world and these are generally a result of allergic reactions.

The most dangerous spiders in Thailand are mainly forest dwellers. Some Tarantula species have a reputation for aggression and the bites are painful and best treated in hospital with anti-venom. Symptoms can include swelling, exhaustion, muscle cramping, difficulty breathing and fever. Sometimes, these occur days after the bite.

For your safety, empty out shoes and shake clothes before wearing, especially in rural areas!

Another species that can be found in Thailand is the Black Widow Spider, which is fast becoming the most common spider in the world due to its migration to nearly every single country on the globe.

The Black Widow has a red spot on its back which makes it easily identifiable, this spider will give you a bite, but nothing too serious though again hospital treatment would be advisable.

Of course there are hundreds of different species in Thailand of all sizes. Remember, spiders eat insects so are a great benefit to humans. However, ALL spiders are capable of giving you a nip so treat them with respect, not hit them with a shoe.

In the next article we will examine the deadliest creature in the world, the dreaded mosquito !