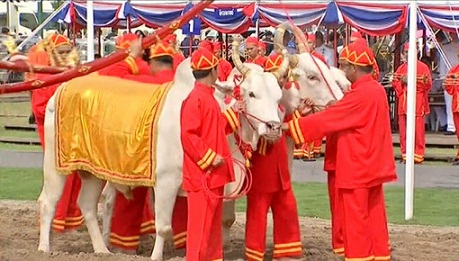 Thailand will have sufficient water for use this year and have abundant food for consumption and for trade, the Royal soothsayer predicted at the ancient Royal ploughing ceremony held at Sanam Luang on Monday morning.

The ceremony was presided over by His Royal Highness Crown Prince Maha Vajiralongkorn. 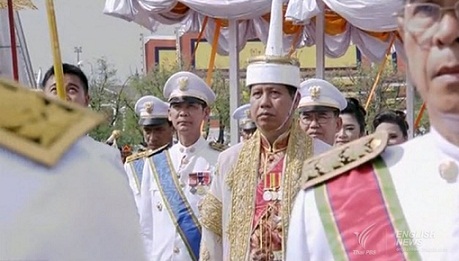 The ceremony dated back to the Sukhothai period, some 700 years ago.

This year the permanent secretary of the Ministry of Agriculture and Cooperative Mr Thirapat Prayoonsit, was the lord of the ploughing ceremony or Phraya Raekna.

He led two six-year old sacred oxen, Perm and Poon, in a circle walk to plough a furrow in the ceremonial ground, while following alongside were four consecrated ladies carrying gold and silver baskets filled with best grade rice seeds obtained from the demonstration farm inside the Royal Chitralada Palace to scatter over the ploughed furrows. 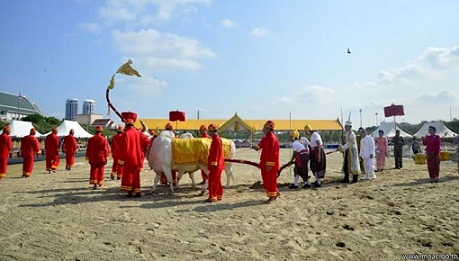 Official Brahmans from the Royal Court also walked alongside chanting and blowing the conch shells.

The Brahmin soothsayers then predicted an abundance of food, and sufficient water to be expected this year.

Lord of the ploughing ceremony was also offered three pieces of folded cloth, each of a different length to select.

His selection turned to be a five “kueb” long cloth, slightly over one metre, which predicts sufficient water and paddy fields yielding good harvests. 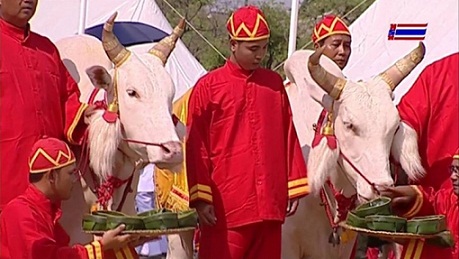 At the end of the ceremony, rice grains were then strewn over the ceremonial ground.