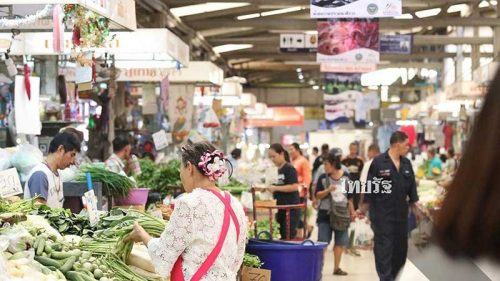 Thailand has announced its latest “D-Day” in the war against litter.

This one is July 21st when the environment minister General Surasak Kanjanarat is declaring war on plastic bags.

In the initial face of the battle the Thai authorities will be conducting a charm offensive to stop traders and the public using so many plastic bags at fresh food markets nationwide.

Forty per cent of these are used at fresh food markets. That is around 18 billion bags.

So he has decided to start a campaign.

Signage will be going up at 7,000 markets nationwide. The aim is to reduce plastic bag usage by 20% or 3.6 billion bags at markets by next year. There is also a target to reduce foam container usage by 10% by 2019.

Thai Rath also said in their story that some 400,000 convenience stores nationwide make up 30% of plastic bag usage or 13.5 billion bags annually.

No mention was made when the government might address the problem at these kind of stores.

Thaivisa notes that the term “sai thung” (put it in a bag) is one of the first expressions people learn when trying to master the Thai language.

May we suggest that people learn “may (tong) sai thung” (not (necessary to) use a bag) to help the campaign!