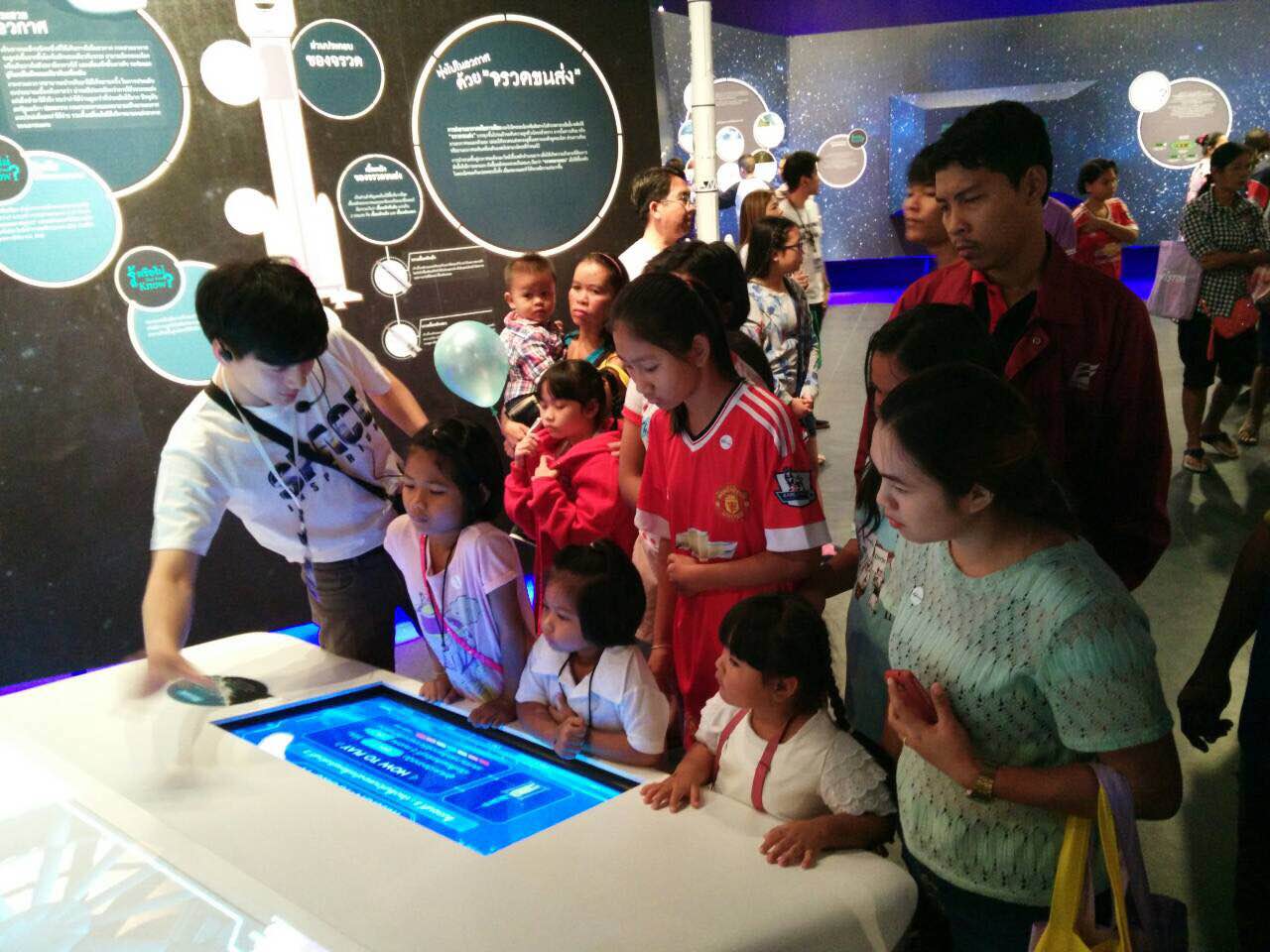 The Discovery of Thailand’s Astronauts Scholarship Programme was launched on Thursday in Bangkok. The programme was sponsored by Space Camp Thailand, King Mongkut’s Institute of Technology Ladkrabang (KMITL), Thailand Space and Aeronautics Research and the US Space & Rocket Centre with support from the US embassy in Thailand.

Three Thai students aged between 14-18 will be selected as Thailand’s representatives to experience an introduction to space during a six-day Advanced Space Academy Programme at the US Space and Rocket Centre in Huntsville, Alabama.

The students will learn about the Space Launch System and NASA’s mission to colonise Mars.

NASA plans to send astronauts to explore and colonise Mars by the year 2040, so it needs to train the young generation, the so-called Mars Generation, for the future because its current astronauts will then be in their fifties.

KMITL president Suchatvee Suwansawat said that all three scholarship winners will also be offered a full scholarship by the KMITL to study in Science, Technology, Engineering and Mathematics (STEM) faculties.

In addition, when they graduate from KMITL, they will have a chance to obtain a scholarship at Massachusetts Institute of Technology because the ultimate goal is to find the first Thai astronaut .

All candidates will have to pass the Space Camp Aptitude Test which involves one hundred English-language multiple choice STEM questions that require basic knowledge of physics, dynamics, logic and general knowledge of space exploration.

The twenty candidates with the highest scores will be selected for the final round at a STEM camp for three days at KMITL. The finalists will have to demonstrate inventive and innovative skills using their STEM knowledge.

Those interested in applying can find out more information at www.spacecampthailand.com. Applications close on October 14, 2016.