The Music Of Isaan

This is a personal rather than definitive account of the music of Isaan or North East Thailand.

I first got interested in Mor Lam music on the bus up to Isaan via Korat to Khon Kaen many years ago as a young(ish) backpacker. I was amused that the government bus I was on played Karaoke video cassettes with subtitles that fellow passengers began to sing along to. You just didn’t get that on the National Express back home (for Americans think Greyhound buses). The journey was great fun.

I remember the coach driver played Banyen Rakkaen on the bus on my first visit to Isaan – A Mor Lam singer, Banyen was born in Ubon Ratchathani in 1952 and her music became popular in the 1980’s – I guess that was the bus driver’s heyday.

Although at first listen the music and vocals seem impenetrable you gradually get drawn in. The music often has a haunting, melancholic quality about it – you can tell that it’s about romance, hardship, unrequited love or home sickness without having to understand Thai. Even some of the more commercialized fare of today still retains a certain unique feel.

From a language point of view (I had started learning Thai at the time) I couldn’t understand why the vocals were indecipherable, I later realised this was down to the differences between the Isaan dialect and central Thai I was learning. Listening to the vocals helps you to understand some of the nuances of both dialects.

The music of Isaan is divided between two main genres (amongst others) of Mor Lam  –     ( Expert song) and Luk Thung – ( Children of the field song) these have evolved into modern day pop fusions retaining some of the traditional influences and instrumentation. Traditional Thai dancing is often performed to Mor Lam and Luk Thung although some modern dancing has veered away from tradition considerably.

Mor-Lam is a traditional Lao song form with the vocals tailored to tones of the words and derived from a form of poetry. The music complements traditional Thai dance  – a fascinating subject in it’s own right.

Mor-Lam’s distinctive sound comes from the use of a range of traditional instruments: 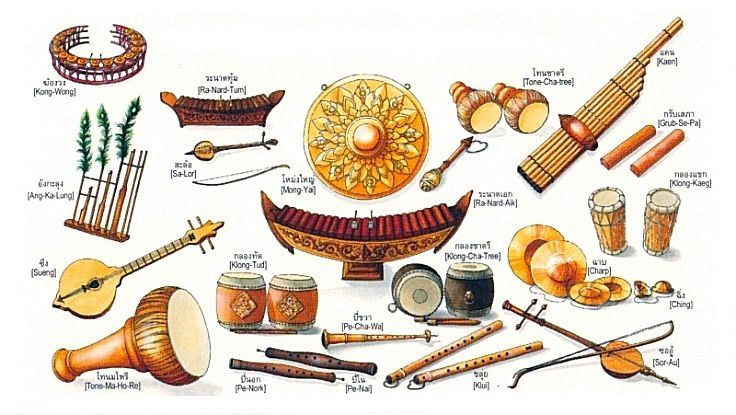 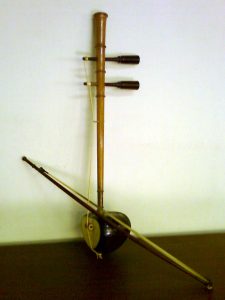 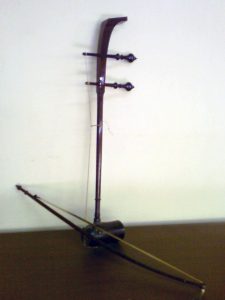 The Saw U and Saw Duang. Two stringed instruments played with a bow – the Saw U has a lower pitch than the Saw Duang. 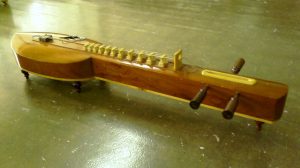 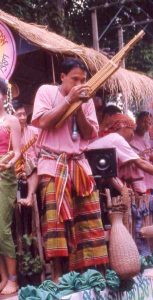 A Chakke – a plucked zither.

A Khaen Player (right) – The Khaen or Khene is one of many woodwind instruments played in MorLam and made of Bamboo.

Luk Thung became popular across central Thailand in the latter half of the twentieth century but was adopted by the people of Isaan with many stars of the genre coming from the North East. Two of the most famous today being mega stars Tai Orathai and Takkataen. It’s Thai country music and a genre in it’s own right.

Some of the songs especially more modern ones are incredibly upbeat and designed for dancing, which Thai people love, of course.

You’ve probably heard this huge modern dance hit  if you’ve been to Thailand – catchy tune!! Yinglee Srijumphon, incidentally, is from our very own Buriram province.

Mor Lam and Luk Thuung are alive and well today, you can watch live performances from local artists in Buriram at Tawan Daeng ( Red Sun) nightclub.

Buriram Nightlife– Tawan Daeng clubs can also be found in Bangkok, Korat and elsewhere in Thailand.

In spite of criticism at the commercialisation of modern popular Thai music, in a changing world Thai music retains a uniqueness that highlights the classic, ancient and fascinating culture of it’s origin.