Are TrueVisions In A No-Win Situation ? 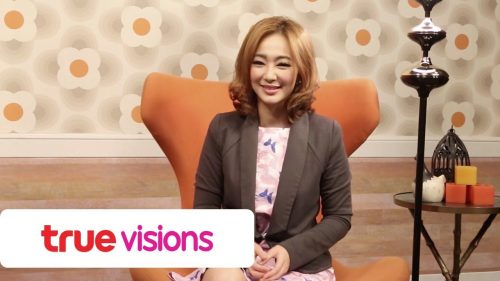 Are TrueVisions really the bad guys?

TrueVisions must be wondering: Why us all the time? Frankly speaking, that’s a legitimate question. Noodle shops can always raise prices without a fuss. A cup of coffee often costs more after three or four years. Sometimes, petrol prices fluctuate almost on a daily basis. Newspapers can reduce the number of their pages to partly manage costs perhaps. So, why is it that whenever famous programmes disappear from TrueVisions channels because, from the company’s perspective at least, it makes business sense, a social uproar is guaranteed?

The answer lies in the virtually monopolistic nature of TrueVisions’ business. It is not TrueVisions’ fault that it is the largest pay-TV operator in Thailand, but with that enviable status comes a serious responsibility. Noodle-shop customers can always eat somewhere else. Coffee-lovers can find cheaper cups that taste equally good. Newspaper readers also have plenty of choices. And it’s the same with petrol stations, as car owners can usually move from one service provider to another.

It’s not the same with TrueVisions. The company’s dominance of the industry traps both the firm and its customers within a peculiar situation. The customers are lured to subscribe to TrueVisions’ service because of attractive content, advertised by the company as its main selling points. At first, the company was committed to having such content at all costs because it wanted to build a large customer base, but later the content became a financial “burden” and the rest is history.

TrueVisions seemed to wrongly assume that because only a few hundred customers cancelled their subscriptions following the withdrawal of the popular HBO movie channels, the majority of clients are okay with the change. Another assumption for TrueVisions to consider has to do with whether its customers really have a choice or not. It’s likely that movie lovers are disappointed at losing HBO, but have to live with its replacements because they are better than nothing. It is also likely that those who became members because they loved watching English football did not cancel their subscriptions following the halt of the broadcast only because they did not want to miss the Champions League telecast altogether.

The argument that dissatisfied customers can always discontinue their subscriptions fails to take into account the fact that the industry is fairly monopolistic, with only one dominant player. People who love movies and/or European football will continue to subscribe to TrueVisions, because even without HBO, there are at least popular films on air here and there, and because even if a football league is missing, there are always other tournaments to follow.

TrueVisions is a business, and every business can walk away from “irrational” costs. Although that sounds simple, defining “irrational” is not easy, particularly if the “irrational” was once deemed necessary when attracting customers was concerned.

TrueVisions’ is the type of business that requires both the operators and customers to see eye to eye.

There must be mutual sympathy. Any act that draws suspicion or mistrust cannot be good for the business. On the one hand, TrueVisions has a face and bottom line to save. On the other hand, being straightforward is the best way to go. Reasonable subscribers can understand that content costs cannot spiral out of control forever, but the members will want to be treated with the same sympathy and respect.

In every dealing, if one side feels it’s hard done by, the alarm bell is triggered. It doesn’t necessarily mean the other side is at fault. It only shows something there is amiss and should be addressed before it snowballs into a far bigger problem.

(Source: The Nation, Thailand, unedited as it would devalue an excellent article.)