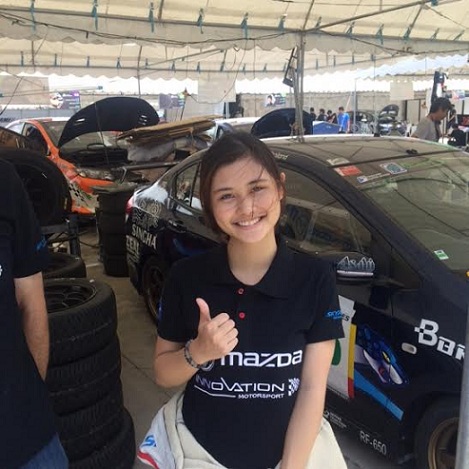 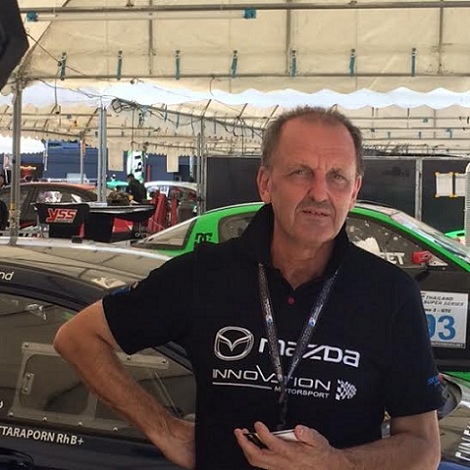 Ploy started go- karting at the age of 10 before moving to racing cars at the age of 14. She has just reached 19 and is a very successful racer as she showed at Buriram on the weekend with her smooth, impressive driving style which resulted in a 4th position overall in the race and a 1st in her class in Sunday’s race.

She is sure to be a driver to look out for as she pursues her career in racing.

Innovation Motorsport based in Laem Chabang. It started as hobby for Ross Holder and Mike Freeman around 8 years ago when Ross moved to Thailand. 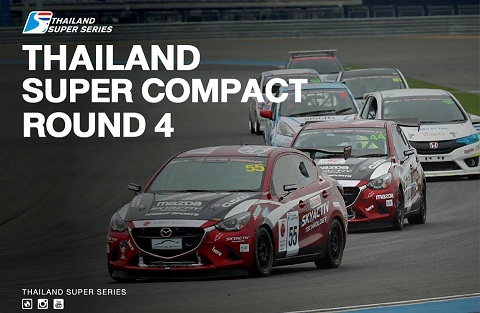 Ross and Mike knew each other from early days in Australian Motorsport and Ross is building the team into the Mazda Thailand Factory Team.

Ross has a very impressive career in motorsport with Gibson Motorsport and has worked with many elite drivers like Mark Skaife and Craig Lowndes. 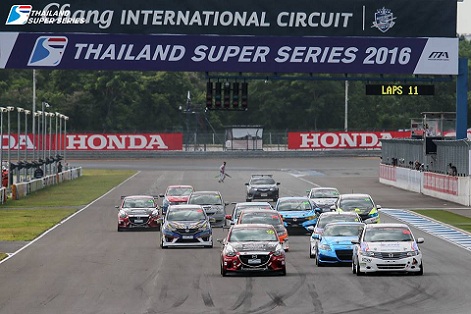 Cars he has engineered have won the Bathurst 1000, Australian Touring Car Championship,

and the Porsche Carrera Cup Championships.

Innovation Motorsport is best known for winning four back- to- back Super Common Rail Truck Championships  before moving on to the Mazda 2 program.

The Mazda 2 program is running a pair of Mazda 2 Diesels in the Super Compact Category.

Mazda Thailand wants the consumer to see that their economical diesel car has high performance as well and running this in a class against high performance gasoline cars is a great showcase. 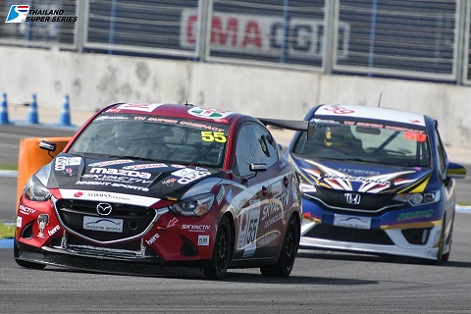 After four rounds (all at Buriram) the number 55 car (Mike Freeman) is 3rd overall in the Championship and the 44 car Achaean Vijittranon (K Ploy the 19 year old girl) is leading the class “C” Championship.

Innovation as a team is running 2nd in the Team Championship. 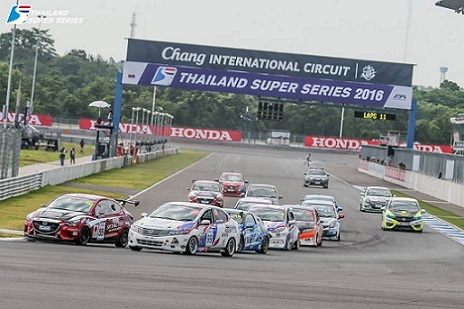 Mazda Hiroshima is running a “Women in Motorsport” program which today is Japan Centric.

K Ploy so far is the only non-Japanese female that has been invited to be part of that program.

She recently spent time in Japan participating in this exciting program.